In this article, we go through the themes and key context for Mark Haddon’s novel set for Module B: Close Study of Literature.

Trying to work out where to start analysing The Curious Incident of the Dog in the Night-Time by Mark Haddon set for the HSC? You’ve come to the right place! This ultimate cheatsheet breaks down the text and identifies the common themes which run through it.

In our ‘The Curious Incident of the Dog in the Night-Time Cheatsheet’, we discuss: 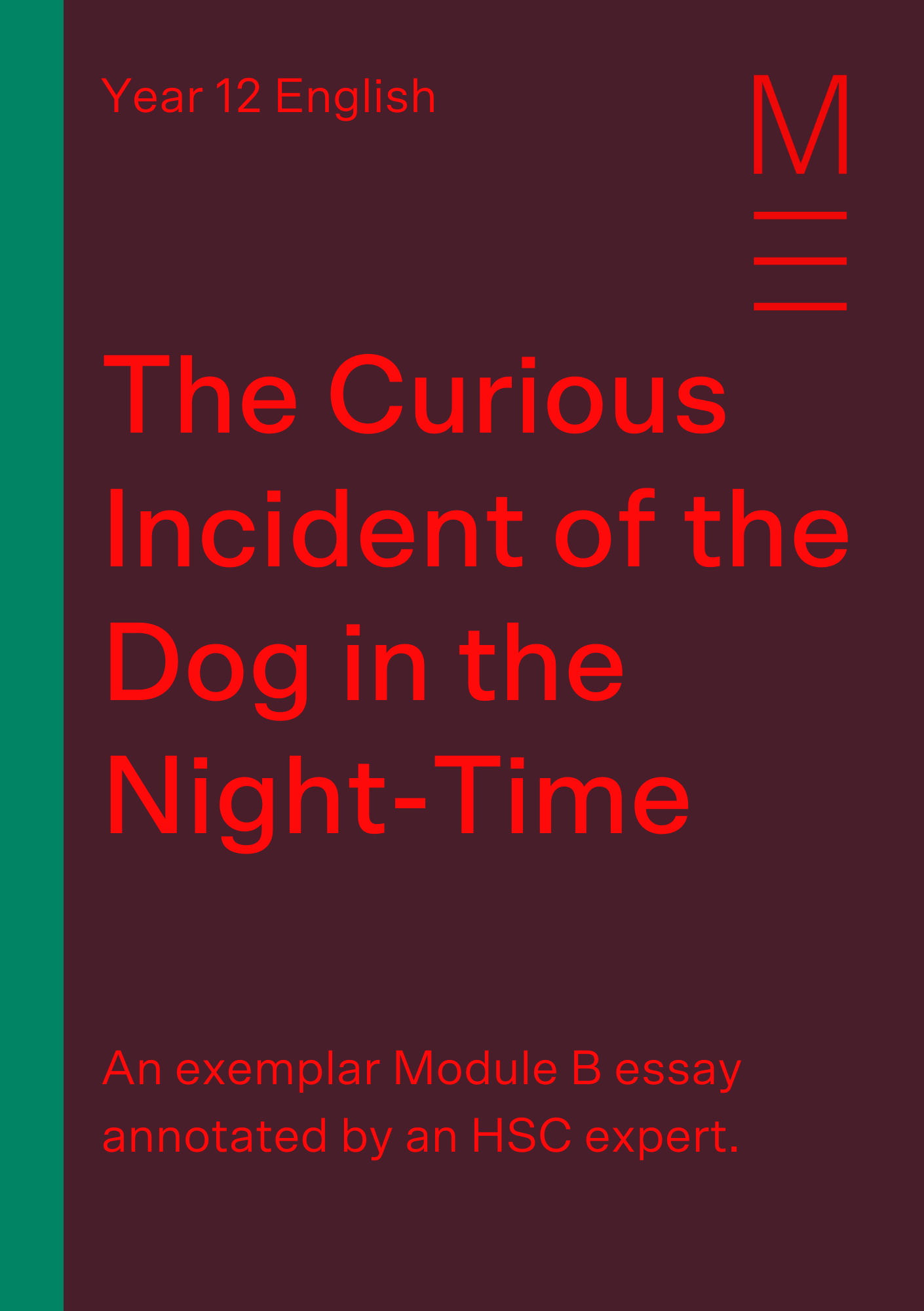 What is Module B: Close Study of Literature?

Module B is part of the Year 11-12 Standard English course. The clue is in the title: it focuses on studying a single literary text in great detail.

“Close” study involves reading (or viewing) a text slowly and repeatedly in order to develop a detailed understanding not just of the plot but also of the techniques the writer has used and the effect which she or he intended to have on the audience. It is really important to work through your prescribed text carefully and to understand how it is structured, what symbolism and imagery the writer has used and how the choice of particular words shapes its meaning.

Still confused? We break down all the Module B syllabus dot points in our Year 12 English Standard Module B Guide.

Now that you know what Module B is all about, let’s take a look at this prescribed text by contemporary British novelist Mark Haddon and see where it fits in.

Plot Summary: The Curious Incident of the Dog in the Night-Time

Before we look at the techniques used and themes explored in the novel, we first need to establish what it is about:

The Curious Incident of the Dog in the Night-Time is a novel by Mark Haddon, first published in 2003. The protagonist  is fifteen-year-old Christopher Boone. Christopher is also the narrator. The story begins when Christopher discovers the dead body of a dog belonging to his neighbour, Mrs Shears. The dog, called Wellington, has been killed with a garden fork. Christopher is appalled by this and decides to find out who killed Wellington.

The title of the novel is a reference to a Sherlock Holmes short story,  ‘The Adventure of Silver Blaze’. Sherlock Holmes is Christopher’s hero, and when narrating his own story Christopher often refers to himself as a detective. Another significant characteristic Christopher has is that he is implied to be autistic.

Some readers have interpreted this novel as a story told from the perspective of someone with autism, although Mark Haddon has cautioned about being to precise when identifying the source of what Christopher calls his ‘Behavioural Problems’.

Get ahead with your close study!

Learn with our HSC experts to level-up your analysis of these six poems. 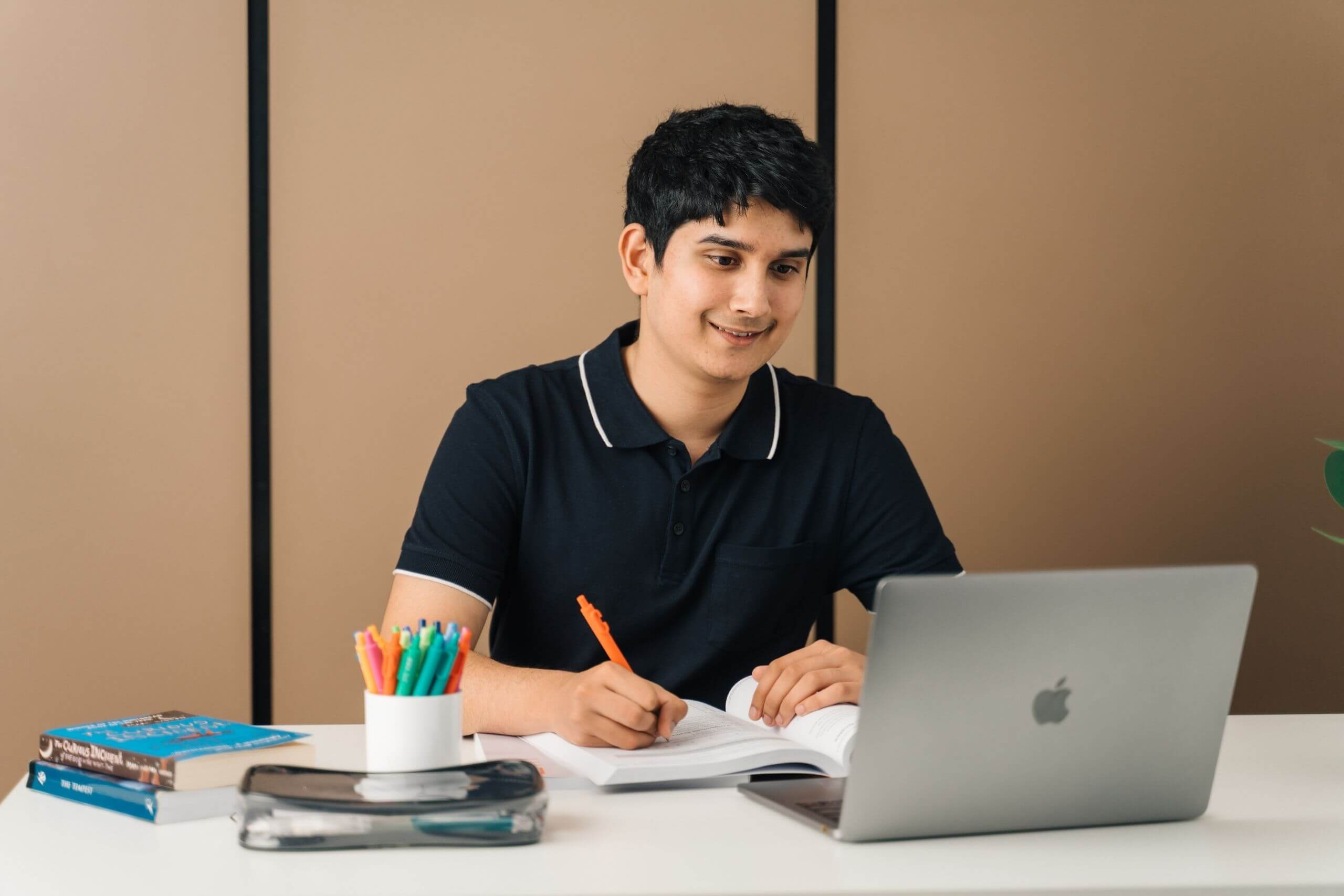 Born in 1962, Haddon is a novelist who is best known for The Curious Incident of the Dog in the Night-Time. He has a scholarly background and was originally a children’s author. This novel was the first that he wrote for adult readers, although it is told from the point of view of a child.

Haddon is not autistic himself, and has commented in recent interviews that he regrets having made statements about Christopher’s condition.

He now claims that he would prefer it if readers made up their minds about his protagonist without being biased by terms like ‘autism’ and ‘Asperger’s Syndrome’.

Major themes in the novel

Now that we’ve covered the plot of the novel, we can identify some of the themes which Haddon is exploring.

Theme #1: The ethics of lying

For the past two years, Christopher has been living in the belief that his mother, Judy, is dead. This is the result of a lie which his father, Ed, told him to explain her sudden disappearance one morning. The truth, as Christopher later discovers, is that she found the challenge of raising him so difficult that she began an affair with her neighbour and eventually left Christopher and Ed to live in London. For the past two years she has been writing letters to Christopher, but Ed has concealed these from him. In one letter, Judy explains why she felt she had to leave:

I’m not like your father. Your father is a much more pacient person. He just gets on with things and if things upset him he doesn’t let it show. But that’s not the way I am and there’s nothing I can do to change that.”

You might notice some spelling mistakes in Judy’s letter (the words “different” and “patient” are misspelt). This is one technique Haddon uses to demonstrate that she is not highly educated. This helps us to sympathise with her circumstances: raising Christopher, who has considerable intelligence but a limited ability to socialise with others, must have been difficult for Judy who received no particular training. The simplicity of her diction is also noteworthy. Judy makes no attempt to apologise for or disguise the fact that she has failed her son: she says so directly.

The other lie which Ed tells Christopher is that he does not know who killed Wellington the dog. In fact, Ed himself was the killer. Interestingly, it’s not clear what Christopher is more alarmed by – the fact that his father is capable of killing a dog or the fact that he is capable of concealing the truth. At the beginning of Chapter 37, Christopher claims, “I do not tell lies”, and throughout the book he is very suspicious of anyone who does. He also struggles with ambiguity (when the meaning of something is not clear). In Chapter 101 the school psychologist, Mr Jeavons,

This statement provides helpful information about Christopher’s character: he likes facts and struggles with uncertainty. As a result, he is particularly unsettled when people lie to him, because the denial of a fact undermines the way he interprets the world.

Theme #2: The challenges of family life

In a newspaper article, Mark Haddon claimed that his intention in the novel was to write about “ordinary people”. Despite Christopher’s “Behavioural Problems” (some of which he lists in Chapter 73), many of the challenges he encounters in the novel will be relatable for anyone with experience of family life. Judy and Ed often argue (“I used to think that Mother and Father might get divorced”, Christopher tells us in Chapter 73), but by the end of the novel they have taken some steps towards reconciling with each other.

In an important passage in Chapter 167, Ed tells Christopher, “when that red mist comes down… Christ, you know how it is. I mean, we’re not that different, me and you.” He’s describing how he felt when he killed Wellington, but the most important point to note is that he’s comparing himself to his son and recognising common characteristics which they share. Haddon doesn’t want readers to believe that Christopher is completely different from the people around him simply because he appears to be autistic. This is just one element of his character: in fact, he also shares characteristics with both his parents.

Throughout the second half of the novel, Haddon shows that both Ed and Judy have faults as parents, but both are trying their best. Ed may have lied to Christopher, but Judy abandoned him. Neither Christopher nor the novelist invite us to judge them harshly – instead, the text encourages us to think about the strain on family life which having a child with “Behavioural Problems” might create.

Although Christopher often struggles to fit in socially with other people his age (notice that he has no friends outside his family and the professionals tasked with supporting him), we do learn that he is highly intelligent. He admires Sherlock Holmes and wants to be like him. At the end of the novel, he receives a top grade in his “Maths A Level” (The A Level exam in England is the same type of exam as the HSC in New South Wales). He also succeeds in solving the mystery of who killed Wellington.

On the other hand, he often struggles to apply his intelligence to non-mathematical problems. A good example of this is the way in which he struggles to understand and use metaphors. In Chapter 37, Christopher claims that he does not like “proper novels” because they contain “lies about things which didn’t happen”. It later turns out that he is referring to metaphors. Interestingly, Christopher has no difficulty with similes (for instance, in Chapter 113 he claims, “My memory is like a film”). We can infer that this is because similes seem logical to him – it makes sense to compare one thing to another in order to understand it better – but metaphors require a kind of imaginative intelligence which Christopher does not have.

Christopher is also uncomfortable with mystery, claiming, “Lots of things are mysteries. But that doesn’t mean there isn’t an answer to them. It’s just that scientists haven’t found the answer yet.” He has a great deal of faith in the scientific method and has entirely discounted religious faith.

The novel invites us to consider the topic of intelligence and to recognise that it can take different forms. Christopher’s emotional intelligence is limited – for instance, he struggles to understand facial expressions and subtext – but his mathematical ability is considerable. On the other hand, his mother has high emotional intelligence, but lacks the kind of reasoning ability which would help her to interact more confidently with her son. Christopher is often dismissive of the intellectual limitations of other characters. In Chapter 71 he states,

“All the other children at my school are stupid. Except I’m not meant to call them stupid, even though this is what they are. I’m meant to say that they have learning difficulties or that they have special needs. But this is stupid because everyone has learning difficulties because learning to speak French or understanding relativity is difficult and also everyone has special needs […]”

The direct tone of this passage is quite humorous, but Haddon is using it to make an important point: it’s unwise to criticise anyone for being stupid, since it is likely that they simply have a different kind of experience than that which you value. This is a lesson Christopher begins to learn towards the end of the novel.

Dr McMahon completed his PhD in English at Balliol College, University of Oxford (UK). Brian has been tutoring English, Politics and Drama since 2012 and delivered lectures and seminars to undergraduate students.

How to Analyse Shakespeare: A Step-by-Step Guide

Glenn’s Hacks: Balancing The HSC, UCAT, And A Social Life To Achieve A 99.10 ATAR