We will go through everything you need to know about series and sequences, including arithmetic progressions and geometric progressions.

In this article, delve into series and sequences, an essential skill in high school mathematics.

Being able to successfully solve simple series and sequences skills allows students to build a solid foundation and enables them to harder problems later encountered.

In this article we discuss:

NESA requires students to be proficient in the following syllabus outcomes:

Students should already be familiar with basic arithmetic operations and indices. This includes being able to recognise sum notation and use the basic index laws to solve for variables.

Introduction into Series and Sequences

A sequence is a set of numbers that follow a certain rule. Essentially a sequence is an ordered list with the being separated by commas.

Conversely, a series is a sum of the terms of a sequence.

Each term in a series is separated by a plus symbol. The following sigma/sum notation can also be used to define a series:

We can also rearrange this formula to make the \( n^{th} \) term of a series the subject instead:

As we are given the formula to define a term, all we need to do is equate this formula with 0:

An arithmetic progression is a series or sequence where each term is determined by adding a constant to the preceding term:

The constant added to the preceding term is known as the common difference, \( d \)

The common difference can be positive or negative.

To find the common difference in an arithmetic progression, two consequential terms are subtracted from each other:

To prove an arithmetic series, we have to prove that the difference between two sets of consequential terms is the same. I.e.:

Below is the formula associated with terms in an arithmetic progression:

Sum of an Arithmetic Progression

There are two formulae which can be used to find the sum of an arithmetic progression:

There are various types of problems which involve arithmetic progressions.

The first term of an arithmetic series is 4 and the fifth term is four times the third term. Find the common difference.

Want to make sure the next mark in your series is a Band 6?

Test your series and sequences skills with our free worksheet!

A worksheet to test your Series and Sequences skills and knowledge with questions across 4 levels of difficulty. 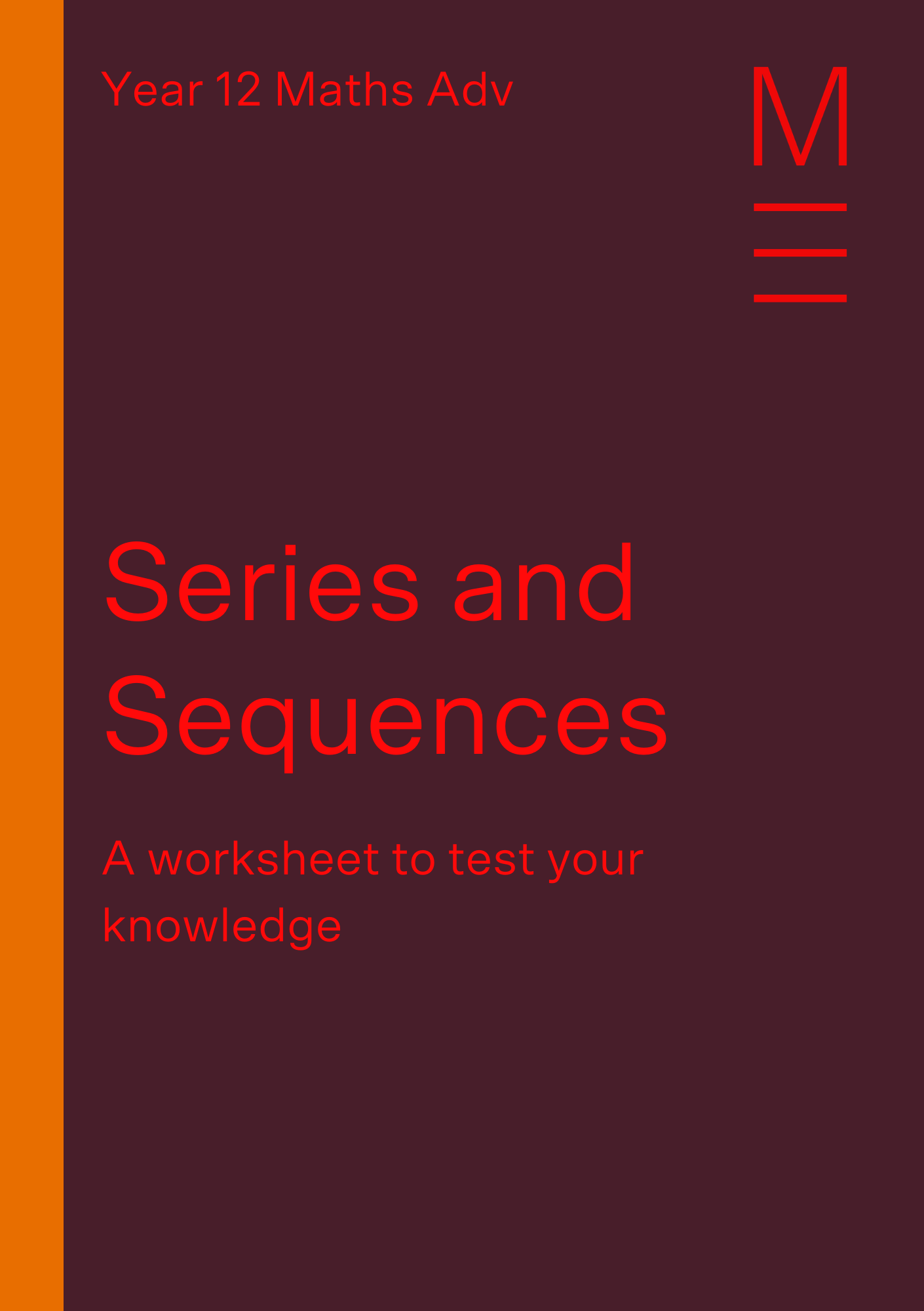 A geometric progression is a series or sequence where each term is found by multiplying the previous term by a constant:

The constant which is multiplied to the preceding term is known as the common ratio,\( r \).

The common ratio can be positive or negative.

To find the common ratio in a geometric progression, two consequential terms are divided by each other:

Below is the formula associated with terms in a geometric progression:

Sum of a Geometric Progression

Similar to Arithmetic Progressions, there is a general formula for the sum of a geometric progression. However, it varies depending on the value of \( r \):

This fixed constant is also known as the limiting sum/sum to infinity \( (S_{\infty}) \) and is the total sum of that infinite geometric series.

To find it we use the following formula:

There are various types of problems which involve geometric progressions.

Some questions can even involve a mixture of an arithmetic and geometric progressions. In these cases, we want to solve the two progressions separately.

2. The first term of an arithmetic series is \( 8 \) and the second term is half times the fifth term. Find the common difference.

Learn from expert Maths teachers at the comfort of your own home! You will have access to theory video lessons, receive our comprehensive workbooks sent to your front door, and get help through Q&A discussion forums with Matrix+ Online Courses.