In this article, we go through the definition of normal distribution, their key parameters, the z-score and empirical rule and provide examples, concept-check questions and solutions.

In this article we’ll discuss:

When scientists began taking rigorous statistical measurements of natural phenomena, a number of common patterns emerged. Of these, the most common distribution had sample values deviating from a mean value in predictable proportions.

This makes the so called “normal distribution” a useful tool to study and compare data sets with.

This blog article will explain the Normal Distribution and several properties of the normal distribution that can be applied to various data sets.

This resource will help by supplementing the new Year 12 Syllabus to provide an introduction or a refresher on the Normal distribution.

To understand the normal distribution, you should have a good understanding of:

Need a refresher on continuous random variables? Check out our post on Continuous Random Variables.

The Normal Distribution: Definition and examples

The Normal Distribution is a common distribution of a continuous random variable.

A quick refresher: A distribution of a continuous random variable describes the probability that a given variable (whether measured or chosen out of an existing dataset) will fall in a certain range.

A normal distribution is distinguished from other probability distributions by its particular shape:

Normal distributions are typically suitable for measurements of a physical quantity e.g. height or weight in a population where there is some variation.

Typical examples of normal distributions might be the height of a class of students, or the weight of a population of marmots.

The normal approximation may also be applied to financial models, for example in the stock market.

When describing the shape of the Normal Distribution, we note that the shape is symmetrical about the mean.

Key parameters of the Normal Distribution

Although all normal distributions have the same shape, they can be shifted or stretched to fit different sets of measurements depending on two key parameters.

The mean of the measurements determines where the peak (also the centre) of the normal distribution lies.

The mean is usually denoted using the symbol \( \mu \).

The standard deviation of the measurements determines how flat the normal distribution is.

The standard deviation is typically denoted using the symbol \( \sigma \)..

Both are still normally distributed however!

A function can be derived for the normal distribution using calculus.

This results in a differential equation which can be solved to produce the following probability density function (the derivation of which is typically covered in university):

If you use Desmos or another graphing calculator to plot the function above (specifying \( \sigma \) and \( \mu \), you will get the normal distribution curve as seen in the screenshots above.

Want to test your knowledge about normal distribution?

A worksheet to test your Normal Distribution knowledge with questions across 4 levels of difficulty. 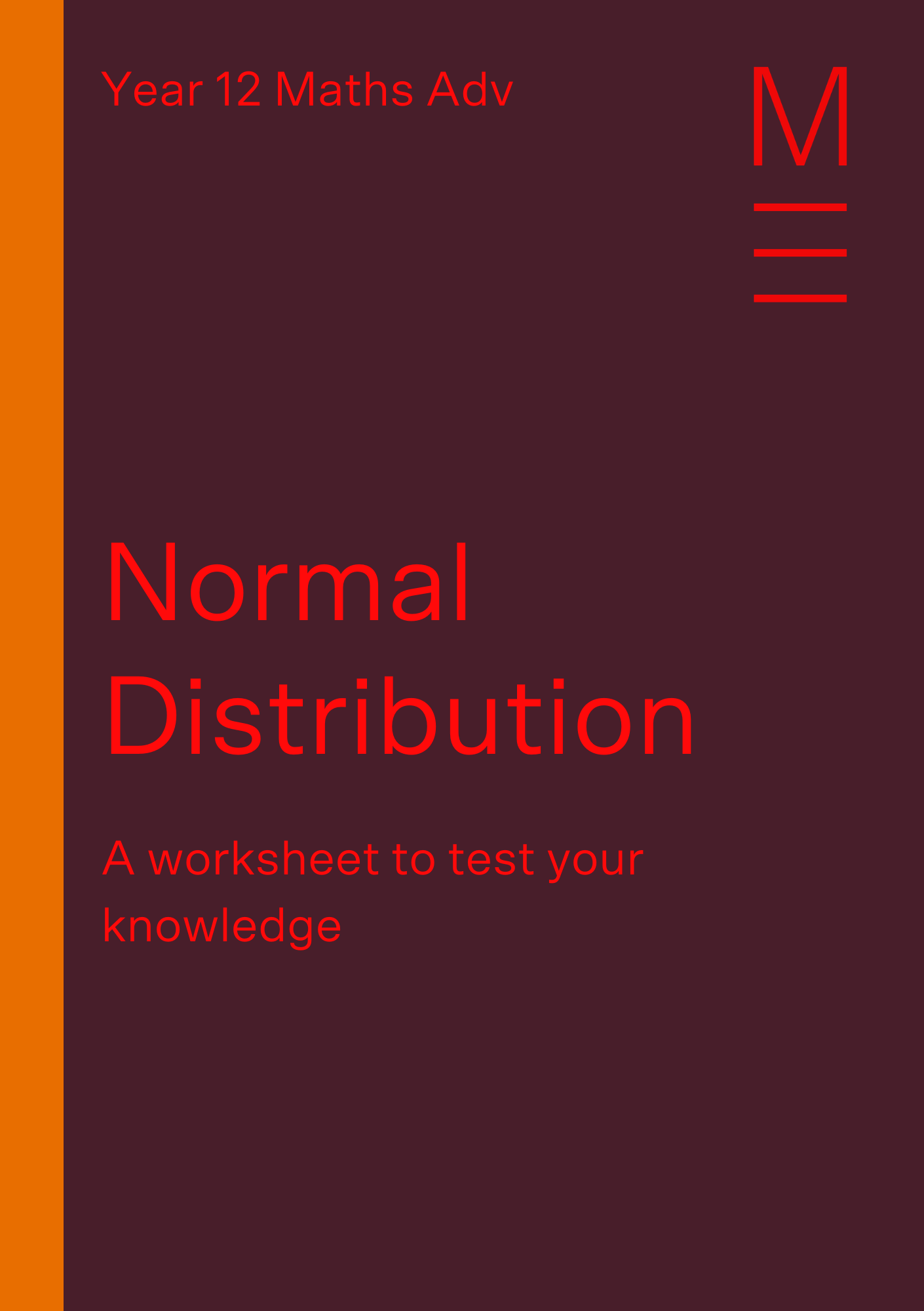 The z-score and empirical rule

If we have a normally distributed set, how can we quickly compare how far a point is from the centre?

This results in the z-score, which is given by the formula:

Therefore, we can use the z-score to make inferences about the particular data point based on the general shape of the normal distribution.

A given z-score corresponds to a given rarity; and for z scores of 1, 2 and 3, we have:

This set of z-scores should be remembered, and collectively they are known as the Empirical rule.

Be prepared to interpret similar tables as well in an exam!

After a haircut, a curious student collects their hair and finds that the lengths of the hair follow the normal distribution. The mean hair length is 20cm, and the standard deviation is 5cm.

a. False: Even though the mean is 20, there do not have to be any hairs that are exactly 20cm long.

c. False: although it is highly likely that no hair is longer than even 40cm, there is a possibility that there is a hair that is 50cm long.

Are you struggling to grasp Normal Distribution?

Gain confidence in all of your core Maths Adv topics before your HSC! Our HSC Exam Prep Course will help you revise and break down these core topics, and provide you with plenty of practice questions and papers to help you develop your exam-taking skills. Learn more about the HSC Prep Course now.