How to Analyse Shakespeare: A Step-by-Step Guide

Struggling with Shakespeare? In this post, we explain how to understand Shakespeare in 7 foolproof steps.

Many students don’t know how to analyse Shakespeare. Shakespeare is daunting to many. And rightly so, Shakespeare didn’t use contemporary English, but rather wrote in Early Modern English. He used incredibly figurative language, and he often wrote in verse! For contemporary readers, this is all very intimidating.

Adding to student concerns about how to analyse Shakespeare is a lack of critical consensus on what Shakespeare means, exactly, in some of his more figurative expressions.

What does Hamlet really mean when he wishes that “This too too solid flesh would melt, thaw, and render itself a dew?”

Some argue it is a metaphor for suicide, others that Hamlet is wishing that he could reshape himself as a man of action. Many students voice the concern that, “if literary critics struggle with analysing these four hundred plus year old texts, what hope do we high school students have?” Well in this post, we will discuss how to analyse Shakespeare and consider some strategies for making his ideas accessible and understandable.

How to Analyse Shakespeare

For us in the 21st century, Shakespeare’s texts are not going to be straightforward. But they don’t need to be impenetrable.

The secret in writing well about Shakespeare is knowing how to analyse his texts for meaning relevant to our context.

This is a process you can be systematic about.

You should begin by considering the genres of Shakespeare, and then using the various tools at your disposal to develop your understanding of the text and, thus, your insights into the text.

Simple things, such as reading the footnotes in your critical editions and ensuring that you read the text several times will make a Shakespearean text more accessible.

Let’s have a look at what this entails.

Knowing the genres that Shakespeare wrote in is an essential part in understanding how to analyse his texts. Shakespeare produced plays in several different genres – histories, tragedies, comedies, and the “late Romances”.

It is important that you are aware of what your prescribed play’s genre is as they have different narrative conventions and expectations.

Here is a brief overview:

A series of personality clashes leads to turmoil in the royal court.

The action moves to a pastoral setting where the characters work through their conflicts. There may be some cross-dressing and gender swapping.

There may not be many funny bits, or there may be a lot.

There will be a wedding, maybe several, that are used to resolve the conflicts in the text when the action returns to the court.

A character is lead by their hamartia – a fatal flaw in their nature – to undertake actions that will be their undoing.

This action might be seeking revenge, murdering their way to becoming a king, desiring a role in society above their station, or plotting to marry against their parents’ wishes.

Tragedies always end badly with the deaths of at least one character, if not more.

The histories are depictions of relatively recent historical events in England.

These texts are often political and borrow from the conventions of tragedy and comedy.

The earliest was King John (c.1590), which is set in the twelfth century.

These are difficult to categorise as they bridge the conventions of the genres.

The most well-known Late Romance is The Tempest. It has conventions of tragedy when Caliban and Prospero seek revenge on those who have wronged them.

But it is also comedic in its resolution, as in the marriage of Ferdinand and Miranda and everybody’s final return to Milan.

Knowing the genre of the text will allow you to discuss how it adheres to or challenges the conventions of that genre.

Most students are provided with good critical editions of Shakespeare’s plays by their schools.

If you are uncertain, some respectable editions are the Cambridge, Arden, Oxford, and Norton editions. NESA recommends the Cambridge Schools Editions.

These have comprehensive essays and articles about the play. They also have excellent footnotes that define the archaic words.

Words change meaning over time – there was a time when being “fully sick” meant being at deaths door, not “really cool!” To understand Shakespeare’s texts, you need to be savvy with these semantic changes.

To “get” one of Shakespeare’s plays you need to read it several times.

Often the meaning of the text doesn’t emerge on the first reading. This is the same with most texts, but it is doubly so with Shakespearean drama because of its archaic language, dramatic forms, and ambiguous figurative language.

Until you understand the plot and the characters’ narrative arcs, you will have a hard time deciphering the specifics of their dialogue.

At Matrix, we recommend students read the texts three times.

This approach to studying texts will give you a comprehensive understanding of them. You need to be able to talk about your text in detail; this is especially important for Shakespearean texts which are often ambiguous or abstract.

If you’re unsure of how to read and analyse your texts or want help with your essay writing, read our Beginner’s guide to English.

Shakespeare’s plays are dramatic works: they were written to be performed aloud. You need to listen to the words to understand what is being said.

Shakespeare relies on many puns. Wordplay is a central part of his texts.

To fully appreciate this, you need to hear the dialogue and speak it. If you look at the previous quotation for Hamlet you see that he says “a dew”; reading this you will think of the moisture that layers the ground and foliage in mornings.

But when you hear it you will also hear the pun “adieu,” the French word for “goodbye.” This is the basis for the readings that argue Hamlet is contemplating suicide.

Reading the works aloud will help you decipher the meanings of some of the more prickly passages.

If you fail to understand it the first time, read it again, and again.

Only then should you turn to resources such as No fear Shakespeare or Shmoop. Often your school editions will clarify for the meaning for you.

Enjambment is when a line of verse spills onto the next line without punctuation.

Enjambment develops tension by forcing a pause between the lines.

This is used by poets to develop contrasting ideas. It is found frequently in Shakespeare’s works. However, when reading the lines for the first time, try to ignore the poetic presentation of the lines and the enjambment.

The poetic structure of the lines often leads to stilted readings and confounds the meaning you are trying to extract from the text.

Consider Caliban’s lines from the second scene of The Tempest:

Caliban – Cursed be I that did so! All the charms
Of Sycorax, toads, beetles, bats, light on you!

In contemporary English we would consider “charms” to be magical spells that manipulate individuals or seduce them. Prior to the 15th century, the term was used to refer to magical spells – with both positive and negative connotations.

The change to the modern meaning occurred over the late 15th century: both meanings would have been very common during this time. If we read the line without enjambment, we can understand that Caliban is cursing the person he is speaking to with a “charm.”

Now the meaning of the line is clear we can consider the enjambment.

The enjambment of these lines heightens the tension of Caliban’s utterance. It does this by invoking both senses of the word– the recent one with positive connotations and the older one with negative connotations.

It is initially ambiguous that Caliban is cursing his audience, however the pause between lines emphasises the curse that is the focus of the second line.

When we study a text, we often desire a concrete meaning. But the texts high school students study are rarely so clearly defined. Shakespeare is often very ambiguous.

Consider Iago in Othello (1603). His motivations for orchestrating Othello’s downfall are inconsistent and murky. Why is this? Is he jealous that Othello may have had sex with his wife? Or is he actually angry at being passed over for promotion? Or is it because he doesn’t need a motive to be evil?

Shakespeare does not give us an answer; he leaves it to the audience to decide.

You don’t need to come to an absolute decision about Iago’s motivations.

It is fine to say that “Shakespeare is ambiguous about Iago’s motivations and this adds to his complexity as a character and the complexity of a text.”

You can use this as a segue into discussing the various interpretations of Iago’s motivations. This will demonstrate to a marker that you have a comprehensive understanding of the text and its possible interpretations.

It is far more effective than arguing for a motivation that is inconsistent throughout the text. Matrix students learn how to utilise this academic approach in the year 11 and year 12 Matrix English Advanced Courses. 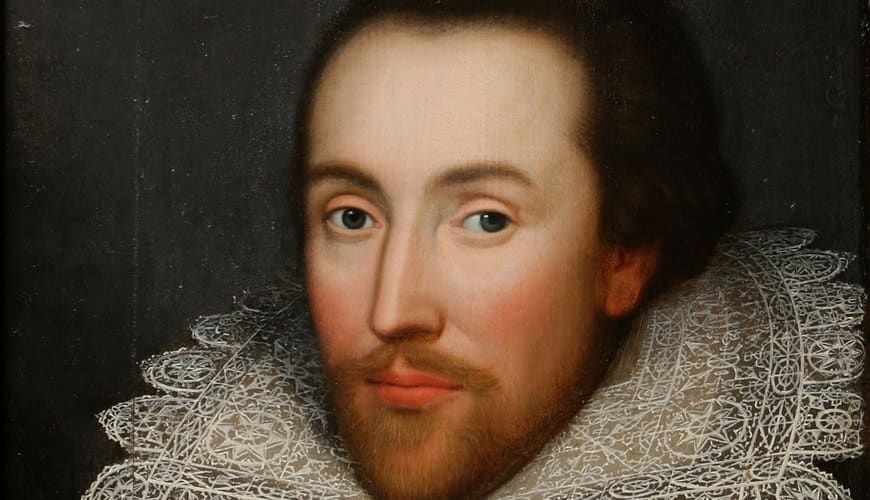 Shakespeare’s texts have been studied and discussed for over 400 years.

Teachers and markers don’t expect you to come up with a unique critical interpretation. They want you to demonstrate your understanding of the text and, depending on the module, its context and critical reception.

They don’t expect you to redefine our understanding of the text.

As high school students, you are not equipped to make far-reaching conclusions about the texts you study. You are equipped to argue for your understanding of the text, and its relevance to you as a human.

Presenting clear and well-supported arguments about the texts and your interpretations is the way to get good marks, not reaching for obscure, ground-breaking, or profound readings of the plays.

We have a vast array of articles that summarises, analyses, and even provide exemplar essays for different Shakespeare texts.

Learn how to ace Shakespeare for your HSC assessments

Excellent analysis isn’t enough. In our Year 12 Study Guide, we explain how to connect your analysis of Shakespeare to the requirements of the Module. Take me to the Guide.

Preliminary Chemistry Concepts You Need to Know for the HSC