Struggling with Miller's "The Crucible" for Common Module? Don't worry, we've got you covered. Read our Dos and Don'ts to ace your responses.

Often students don’t understand how their text relates to the Module; what the concerns of the text are; or what the Module asks them to do. So, to help you out, in this post, we will give an essential overview of Miller’s The Crucible and its themes and then explore how to connect it to the Common Module with some handy dos and don’ts. 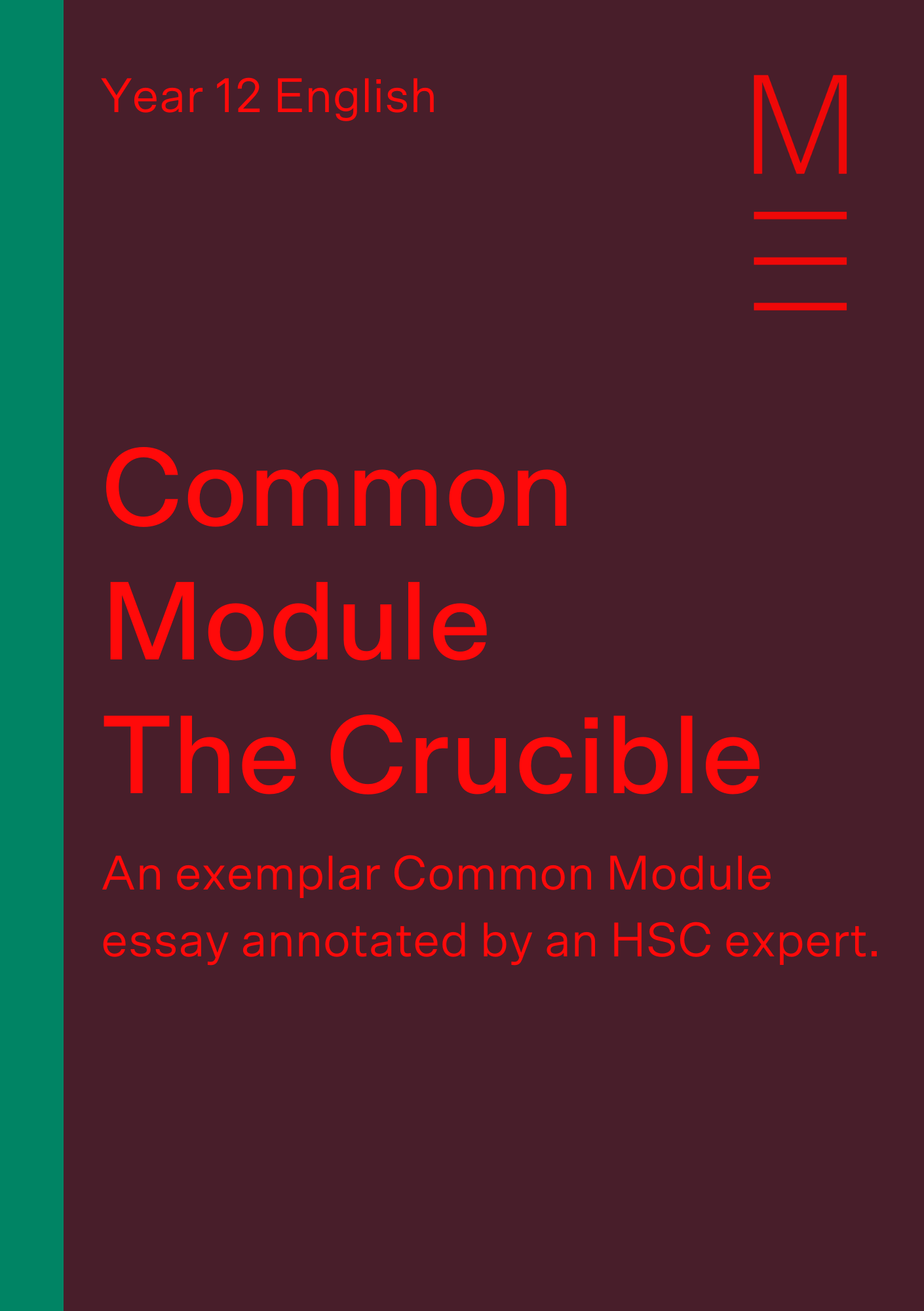 What is The Crucible about?

Miller’s four-act play is a tragedy that represents the Salem Witch-Trials of 1693 and the consequences they had on the town’s community and political structure.

The play’s protagonist is John Proctor, a man who attempts to stop the Salem Witch Trials after his wife, Elizabeth, is accused of witchcraft by their former maid, Abigail. To complicate matters, Proctor has had an affair with Abigail and he and his wife are keeping it a secret to protect his reputation.

The town’s reverend, Parris, and the Deputy Governor of the New England Province, Danforth, and their allies begin trying townspeople for Witchcraft, and so Proctor challenges their authority to halt the trials.

He fails and is hung.

Central to the narrative is the political structure of the town and the relationships and tensions that exist among the community.

What kind of place was Salem?

Salem was a theocracy – a society that operates under religious law and rule. The village of Salem was run as a collective under the guidance of their spiritual leader, Reverend Parris. Parris was chosen to be the head of the village by the villagers, but aspects of his life and practice had created sceptics and critics out of some of the Salem parishioners.

This means that Parris answered to the governor and judges of the province, including Judge Hathorne and Danforth. Arguably, Danforth is the most powerful figure in the text and the one with the most to lose. Abigail is the most subversive and provocative.

Salem was a small close-knit community. Estimates put the town population at 500-600 people and the total for the surrounding areas at 2,000 people. In a community of this size, you might not know every single member of the town, but you’d know most of the families.

In a small religious community, people would pitch in to help each other and gather regularly for community events. However, rumours would travel quickly and disputes would simmer.

What are The Crucible’s genre and form?

You must make note of the text’s genre in your responses, this is an important part of the composer’s representation. The Common Module rubric makes the following points:

How can we connect these to the play?

The genre of The Crucible

Miller’s The Crucible is a tragedy set during the Salem Witch-Trials of 1692-93.

In The Crucible, the common flaw is pride (a concern with reputation). For example, many of the characters are overly concerned with their own reputations, or those of their neighbours, leading to the collapse of the Salem community and the deaths of many of its members.

The form of The Crucible?

It is important to discuss the text’s form.

The Crucible is a four-act tragedy interspersed with essays that define the setting and characters. These compositional choices shape the meaning that the audience can draw from the text. This means that your study of The Crucible is limited by Miller’s decision to include historical essays as part of the script. This casts a narrow perspective on the text’s action.

Miller uses the essays to carefully shape your perspective of the characters. Some plays leave the characterisation of the characters ambiguous. This allows the actors and directors to develop a particular reading of them and the text (i.e. they can focus on a specific flaw or behaviour). Miller’s use of essays and detailed stage directions demonstrates that he wants to use a very rigid perspective on his characters.

Understanding the representation of of Human Experience in The Crucible

Miller has chosen to represent the historical events of Salem, Massachusetts 1692 and comment on the events of America during the House Un-American Committee Hearings. What does this mean?

What is meant by human experience?

The key word that recurs in this Module is “Human Experiences.” It is important to be clear that this is not a contextual study, but a study of the human experiences represented in the texts. You need to be aware of context, but it shouldn’t drive your reading of the text.

The things you want to focus on in your study are:

To get to grips with these points, let see where they come from in the Common Module Rubric.

Connecting the Common Module rubric to The Crucible

To better understand how to approach Miller’s representation, let’s examine the key phrases from the Common Module Rubric:

If you want a comprehensive run-down on the Common Module and its rubric, read our Year 12 English Study Guide article: Common Module: Texts and Human Experiences.

A good idea is to structure your notes into a table where you can compile these ideas and the evidence you feel supports them:

You must discuss the various individual and collective experiences Miller has depicted and how he was represented them.

Now you know what to do and what not to do, you need to think about analysing the text. We’ve got you covered! Come and check out our post: Common Module: The Crucible Pt.2 Textual Analysis.

How to Stay On Top Of Your English Advanced Study To Get A 99.95 ATAR