In this article, we introduce you to simultaneous equations. This unit will become the foundation of your study of quadratic and non-linear equations in Year 10

In this Guide, we will give you a comprehensive overview and cheat-sheet to help you conquer simultaneous equations for algebra!

Solve simultaneous equations, where one equation is non-linear, using algebraic and graphical techniques, including the use of digital technologies

These Syllabus Outcomes are telling you that you will learn how to solve simultaneous equations algebraically and graphically.

What’s the point of Simultaneous Equations?

Algebra is used in every field of Maths:

In addition, algebra crops up in much of everyday life in fields like:

We will also teach you to inspect the number of possible solutions to an equation without needing to solve it, by interpreting graphs.

Students should be familiar with:

So far in your study of algebraic equations, you will have only solved linear equations that contained one pronumeral. 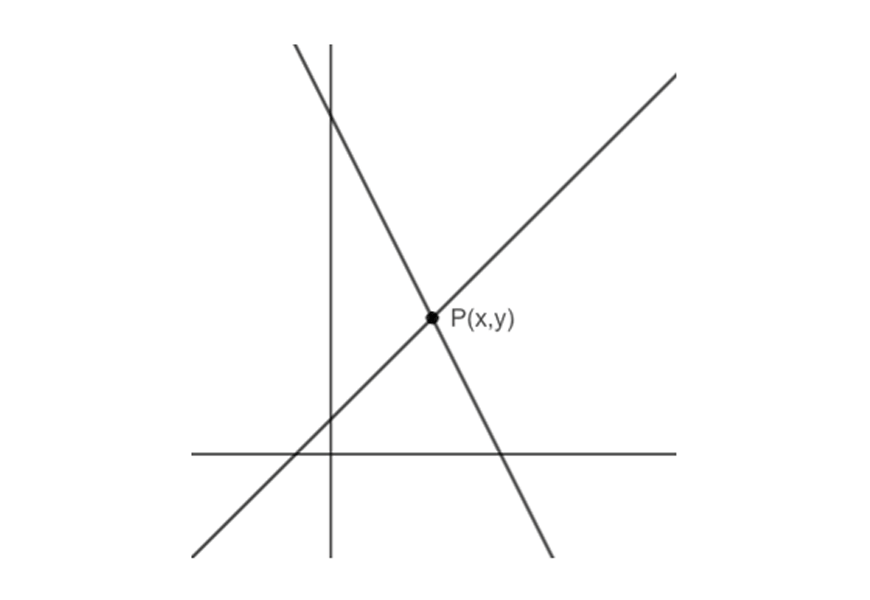 The point \(P(x,y)\) satisfies two different equations because it lies on both of the lines.

The coordinate of this point gives the unique \(x\) and \(y\) values that satisfy both equations simultaneously.

Thus the two equations are called a pair of simultaneous equations.

We will first sketch each ‘equation’ as a line on the number plane and use these lines to find the solution to the pair of simultaneous equations.

The solution will reveal itself as the point of intersection of the two lines. 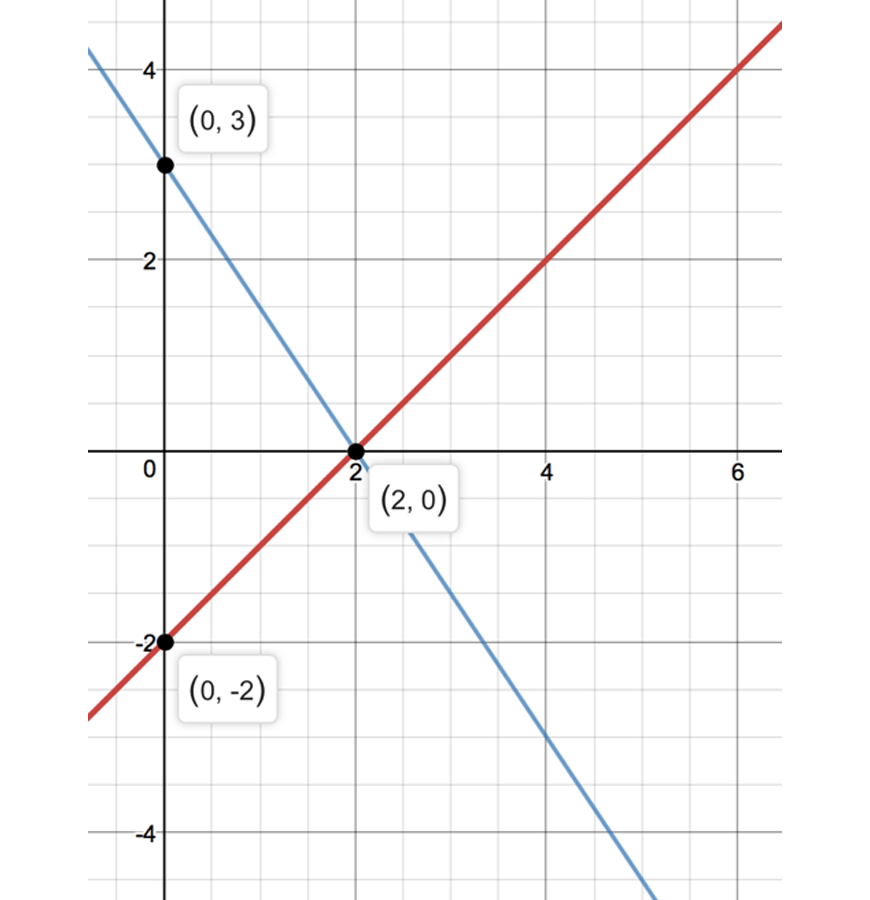 We can see, graphically, that the two lines intersect at (2,0).

Limitations of the Graphical Method

The example given was very convenient – we were able to very clearly see where the two lines intersected.

But this will not always be the case, and in exam situations – we are not able to sketch the graphs with pin-point accuracy or be able to see what the solution is.

For example, solving the simultaneous equations

We must, therefore, look at some more efficient ways to solve these equations.

Solving linear equations such as

are easy because there is only one unknown pronumeral.

So when faced with a pair of simultaneous equations, we can solve for one of the unknown variables and substitute it into the other equation.

This will reduce the problem to solving a linear equation just like the one we saw.

Once we solve for the variable, we can easily solve for the other variable since we can substitute it back into either one of the original equations.

Number the equations (so that we can talk about them easily):

and now substitute it into the other equation.

which can be solved to obtain

We now solve for \(y\) by substituting \(x=2\) into either equation (it doesn’t matter!). At this point, it’s really up to you – but for this problem, it is easier to substitute it into (1):

Instead of substituting, which can often lead to a lot of algebra, sometimes we can more elegantly eliminate a variable from the equations to reduce it to a linear equation.

Often elimination method may require multiplying each of the equations by a constant before either adding or subtracting the two equations to eliminate the variable.

Let’s now eliminate y, we can do this by first multiplying (1) by 2 and then adding up both of the equations.

Notice how there were no y terms once we added up the equations. This is why it is called the ‘elimination’ method.

Once we have \(x=2\), we simply substitute it, just like before, into either equation to get \(y\)

With the elimination method, often students will have to be a bit more creative in order to see what constants you may have to use when adding up or subtracting the equations.

This particular method might seem hard at first – but it will really start to pay off in more complicated simultaneous equation problems. 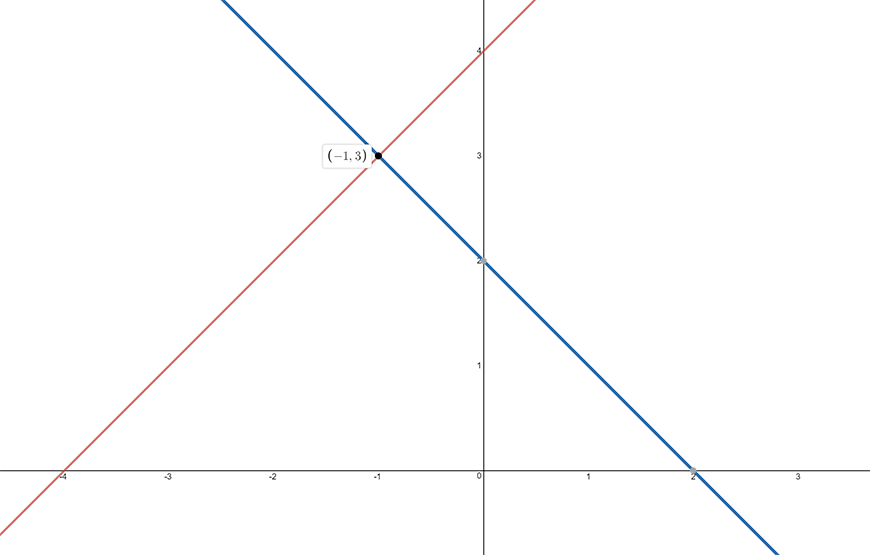 Substitute this into equation (2) 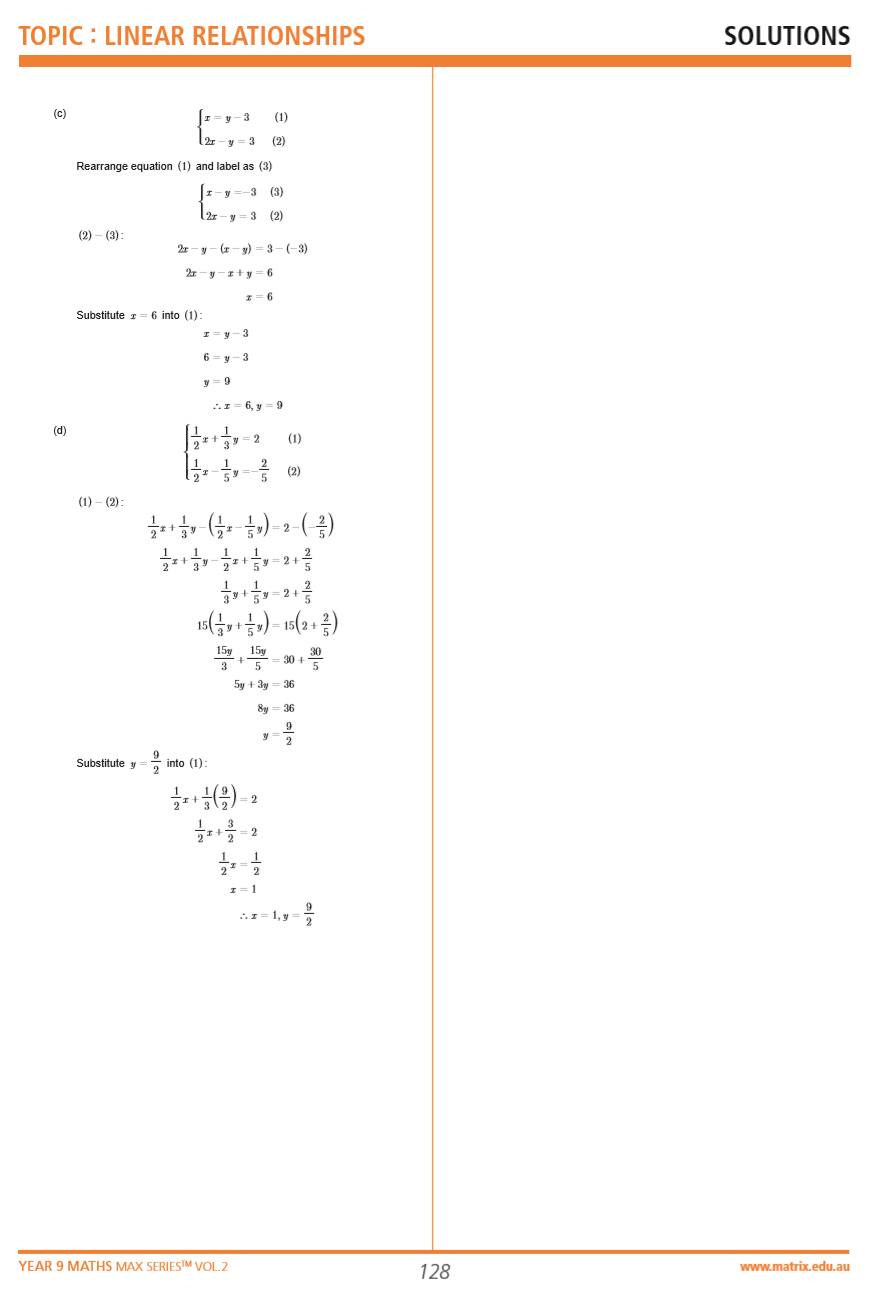 Be more prepared for your next ‘Simultaneous Equations’ exam with Year 9 Max Series Exam Preparation Book.