Are you ready for your Year 11 Physics Yearly Exam? Test yourself with these commonly asked exam questions.

We have listed below 12 must know questions for your quick reference. You can download the free Matrix Year 11 Physics Practice paper at the bottom of this article. 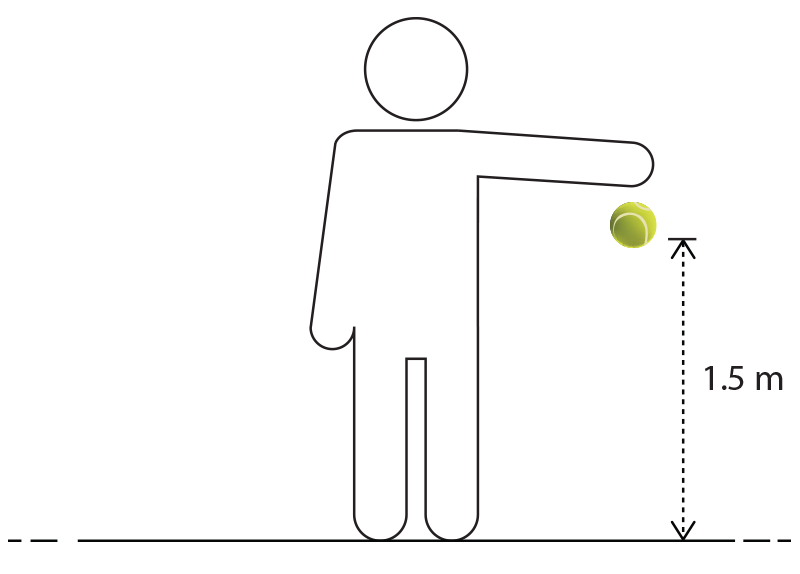 A police car is chasing a motorbike as shown in the diagram below. 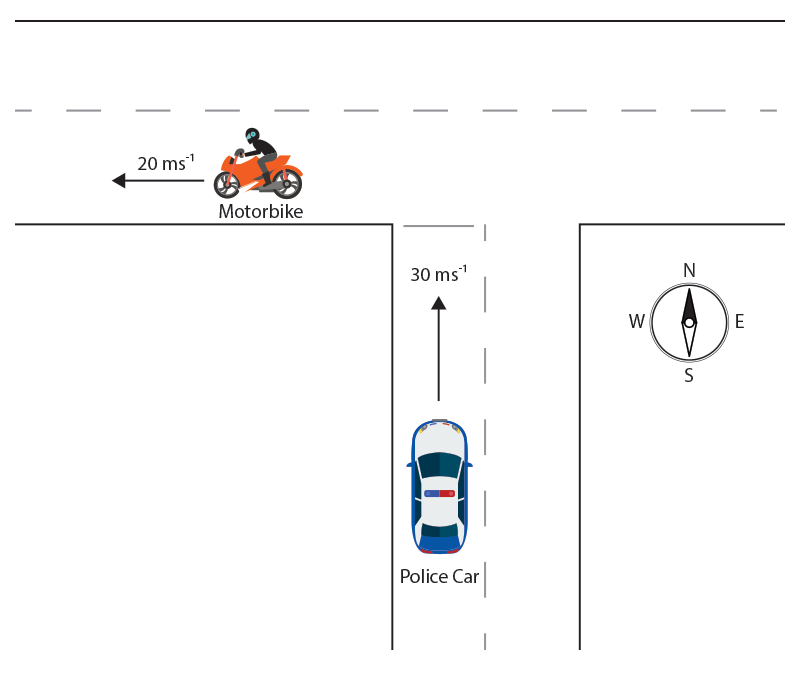 (a) Sketch a labelled vector diagram, showing how the velocity of the motorbike relative the police car \(v ⃗_MP\) can be determined. (2 marks)

(b) Determine the velocity of the motorbike relative to the police car. (2 marks)

Madison pushes a box across her bedroom floor by applying a force of \(100 \ \text N\) as shown. 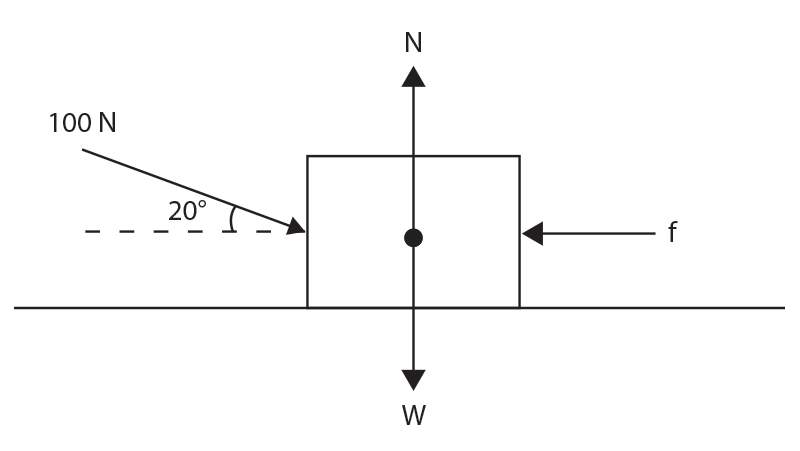 Which of the following statements is true regarding the forces acting on the box? The box moves at a constant speed.

To determine the static and kinetic coefficients of friction between a block and a surface, students set up the experiment shown below.

Pulling a block of known weight at constant speed using a spring balance allows the coefficients of friction to be determined. Which of the following graphs represents how the force applied varies with time? 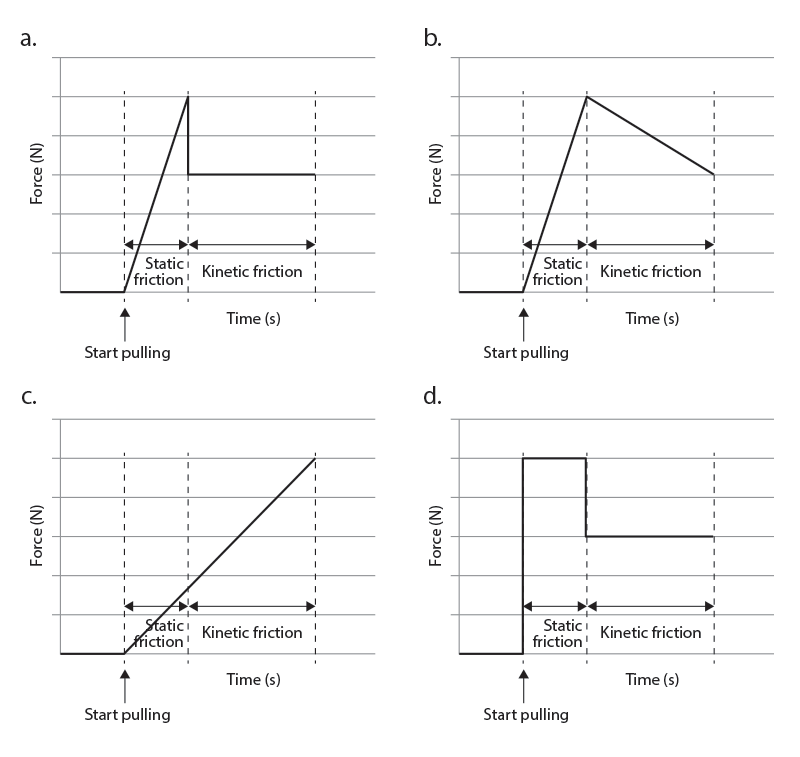 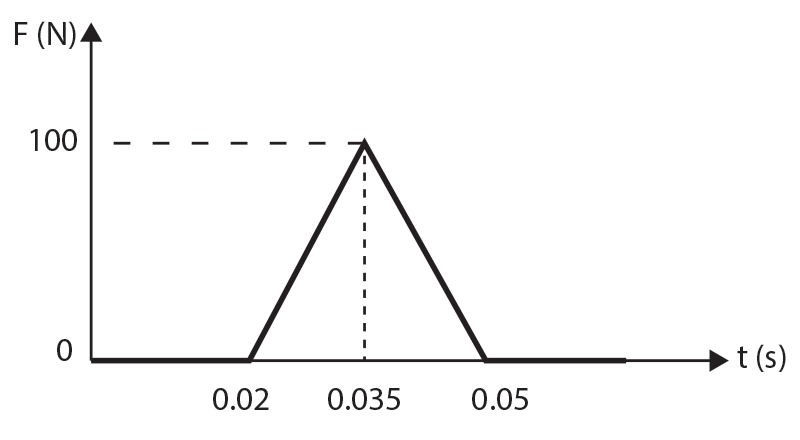 Ignore the effects of friction and the mass of the pulley is negligible.

(b) The magnitude of the tension in the string. (2 marks)

Be one step ahead of your peers with advanced completion of contents before it’s taught at school. You’ll gain an in-depth knowledge and understanding of the key concepts for exam success.

Popular exam questions on Module 3 Waves and Thermodynamics are:

Below is an oscilloscope trace of two waves that interfered to produce a beat pattern.

The diagram below shows an organ pipe of length L that is closed at one end and open at the other end. Ignore any end effects.

The velocity of sound in air is \(v_{0}\). What are the frequencies of the first harmonic and the first overtone respectively?

An experimental setup for determining the velocity of sound in air is shown below. 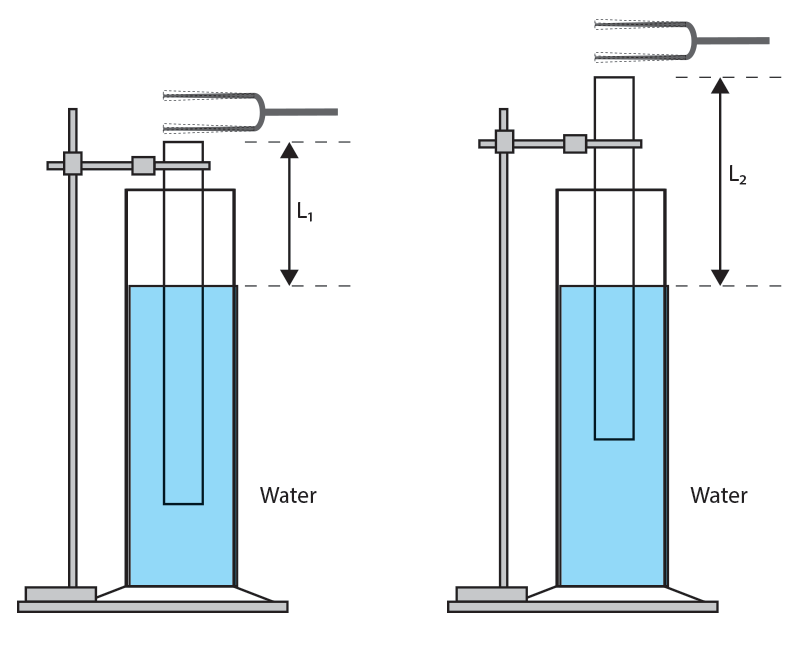 (a) Explain why the sound heard from the first resonating length is louder than the tuning fork. (2 marks)

(b) Calculate the wavelength of the sound waves in the air column. (2 marks)

(c) Hence or otherwise, calculate the speed of the sound wave in the air column. (1 mark)

Popular exam questions on Module 4 Electricity and Magnetism are:

A relationship between current and voltage for a metal is plotted.

If the metal is an ohmic conductor, calculate its resistance.

The diagram below shows two long parallel plates that are oppositely charged. A negative test charge \( \text {-q}\) is placed along the dotted line \( \text {XY}\). 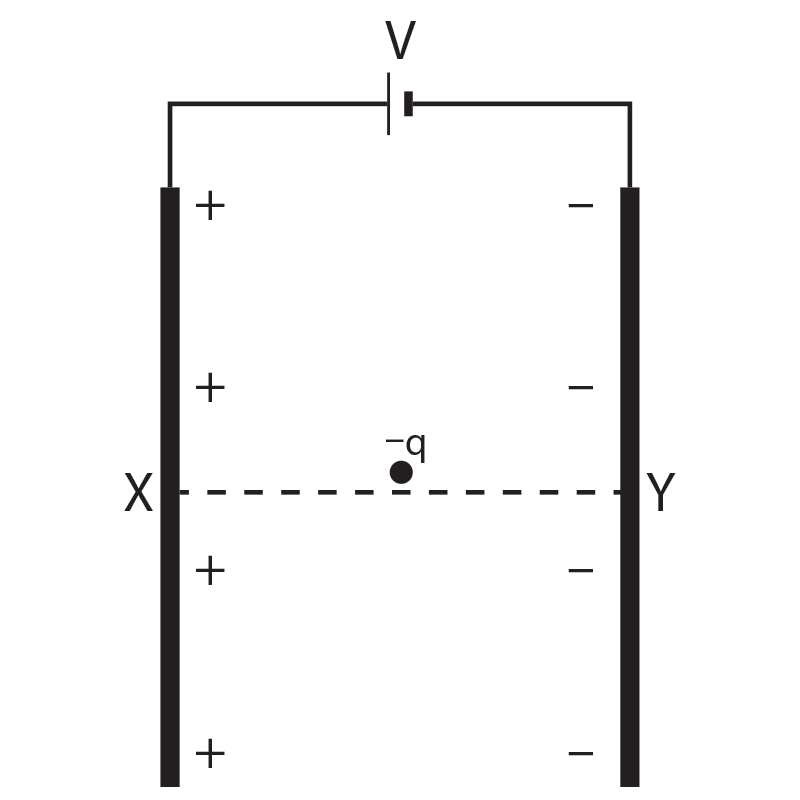 Which of the following graphs best represents how the electric potential varies with position as the negative test charge \( \text {-q}\) is moved from \( \text X \) to \( \text Y\)?

An electron is placed at rest between two vertical parallel electric plates as shown below. 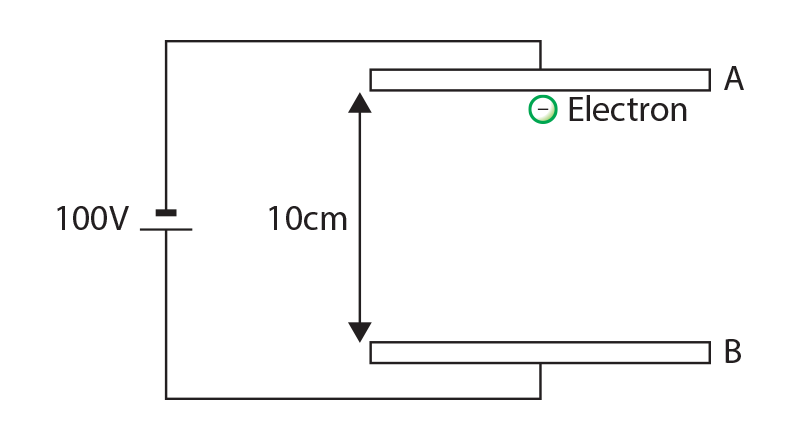 (b) The direction and magnitude of the electric force on the electron. (2 marks)

Get exam ready with the Year 11 Physics Practice Paper. 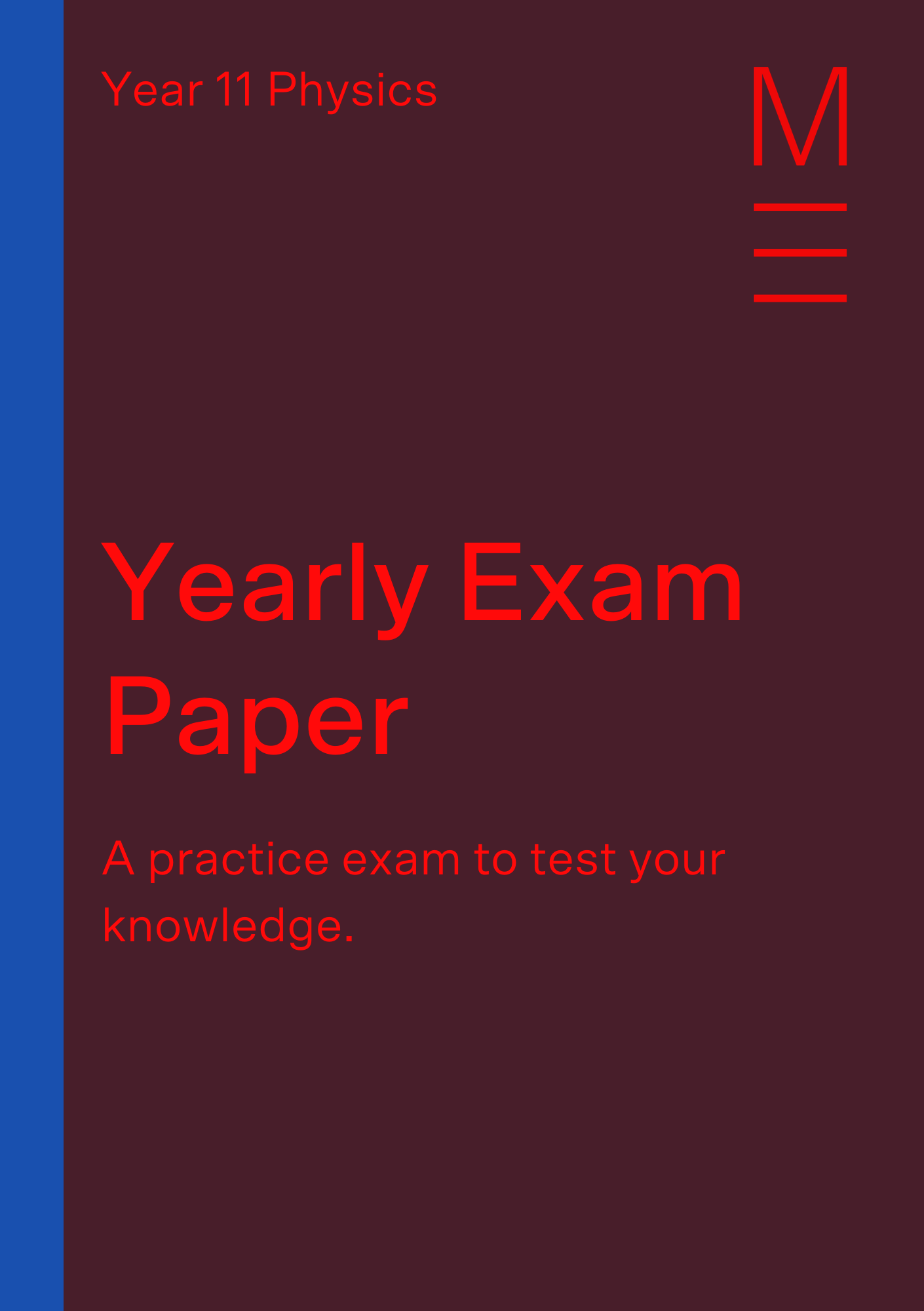 DJ is the founder of Matrix Education and has over 20 years of HSC Physics teaching experience. He is the co-author of the Matrix Science program, course materials and assessments. He is also renowned for his ATAR & Scaling seminars and development of the first ATAR Calculator.

Nia’s Hacks: How I Plan for Success From Day 1!