We will break down HSC Biology Infectious Diseases to help you ace your Biology exams!

In this article, we will go through HSC Biology Infectious Disease. We examine a variety of infectious diseases as well as their treatment, prevention and control.

You will look at how the immune systems of plants and animals respond to infectious disease as well as medical and agricultural developments that draw on the work of scientists.

The following areas will be covered during the Module: 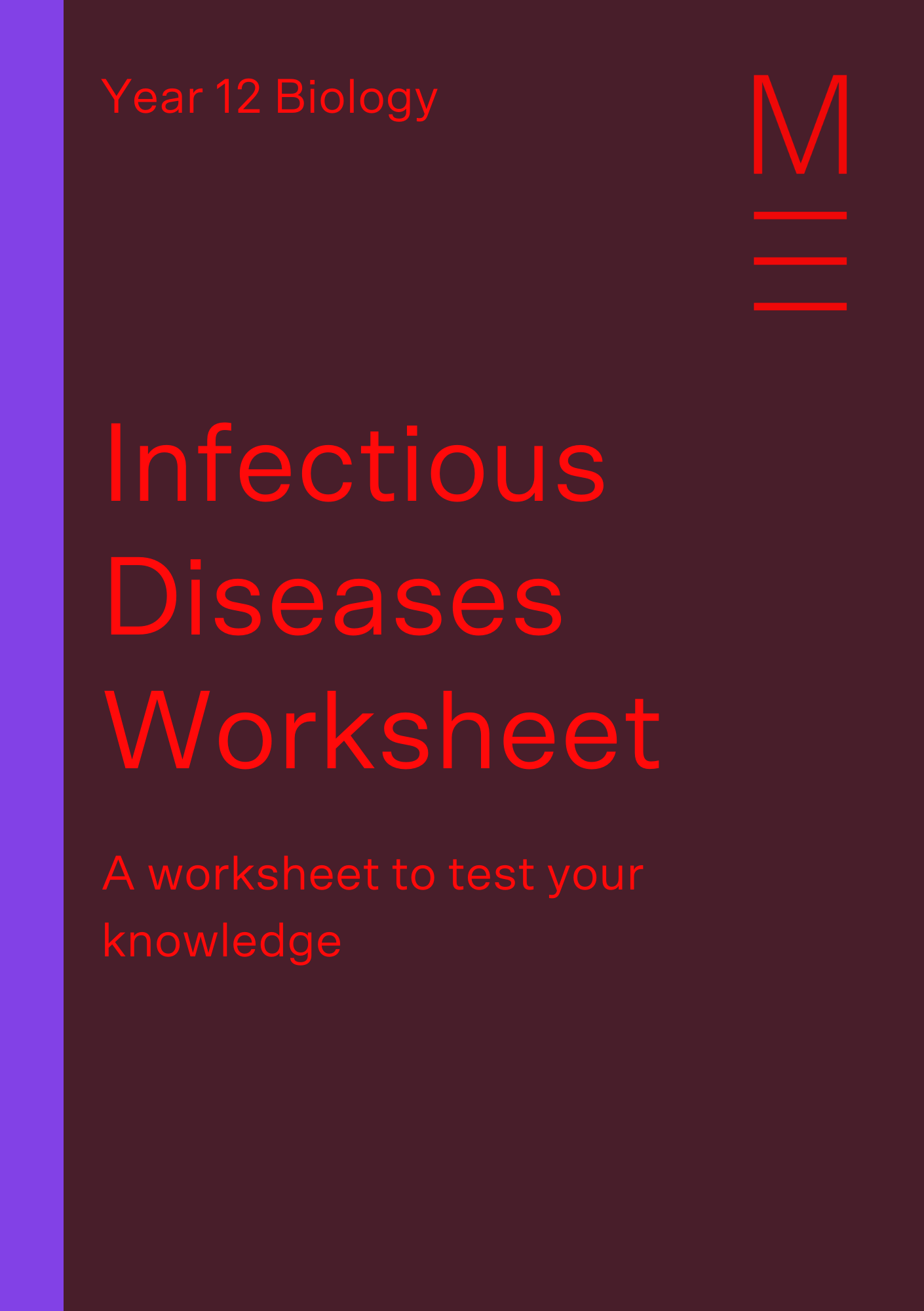 A worksheet to prepare for challenging HSC questions

Diseases in plants and animals can be infectious or non-infectious. In this module, we will focus on infectious diseases.

Infectious diseases are caused by pathogens that enter the body and can be transmitted from one organism to another.

Pathogens can either be microscopic or macroscopic and are classified below. 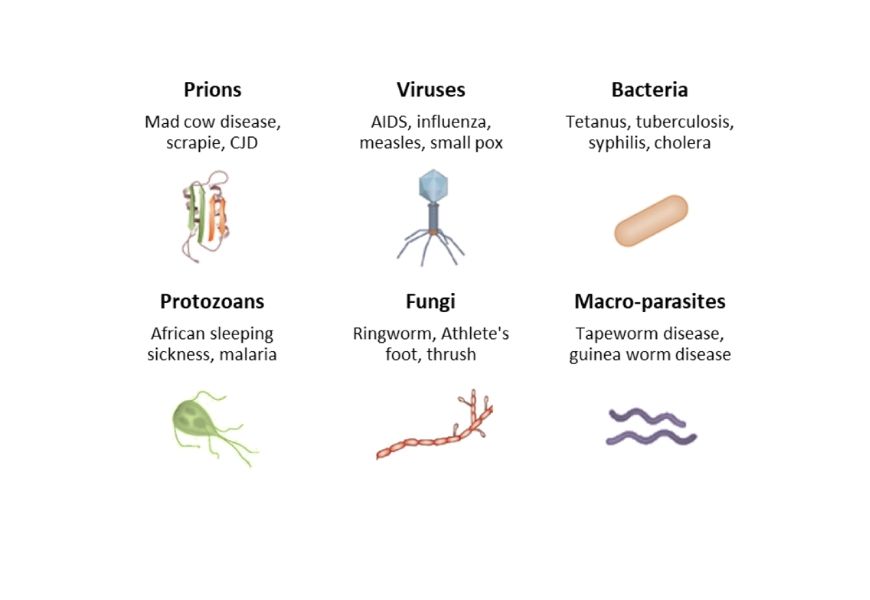 Before the invention of the microscope and the discovery of pathogens, various theories existed to explain the spread of disease.

One such theory, spontaneous generation, maintained that living things could spontaneously generate from non-living matter.

The work of scientists Robert Koch and Louis Pasteur disproved spontaneous generation and replaced it with Germ Theory – that diseases are caused by tiny microbes.

Louis Pasteur carried out several experiments proving that microbes in the air cause contamination in food and are also responsible for causing diseases in humans.

His swan-neck flask experiment (shown below) proved that microbes in the air are responsible for food contamination.

This led to the process of food pasteurisation to destroy microbes using heat. 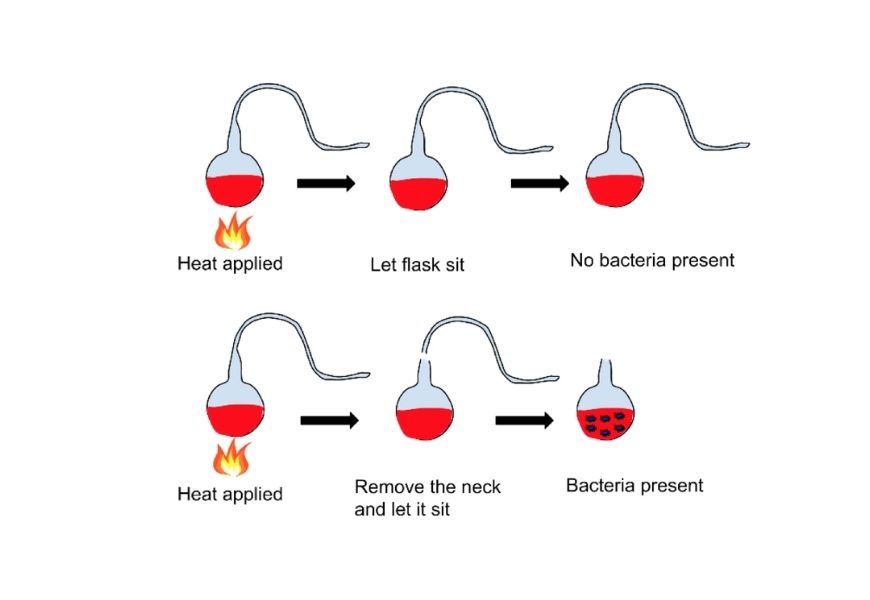 He established the link between specific microbes and specific diseases by formulating Koch’s Postulates that state:

Since microbes (e.g. fungi and bacteria) are invisible to the naked eye, specific culturing techniques are used to grow them in large enough numbers to study them.

A Bunsen burner should be used to sterilise the inoculating loop and once the plate is inoculated it must remain sealed to prevent the release of harmful pathogens into the environment.

The chain of infection shows how infectious diseases result from interactions between the pathogen, the host and the environment.

Pathogens can infect almost every part of the human system. Our innate and adaptive immune responses (discussed later) protect us against pathogens.

Pathogens such as bacteria and viruses have developed adaptations to facilitate their entry into and transmission between hosts.

One such adaptation is the use of vectors to bypass the skin barrier.

For example, mosquitoes bite the skin injecting the pathogen directly into the blood.

The immune system can learn to identify specific pathogens by responding to the specific shape of antigens on the pathogens surface.

Similar mutations have occurred in the genome of the virus that causes COVID-19.

Pathogens take advantage of the host immune response to exit the host and infect other organisms.

Influenza virus exits the host through respiratory droplets during coughing or sneezing and stays in the air infecting other individuals. 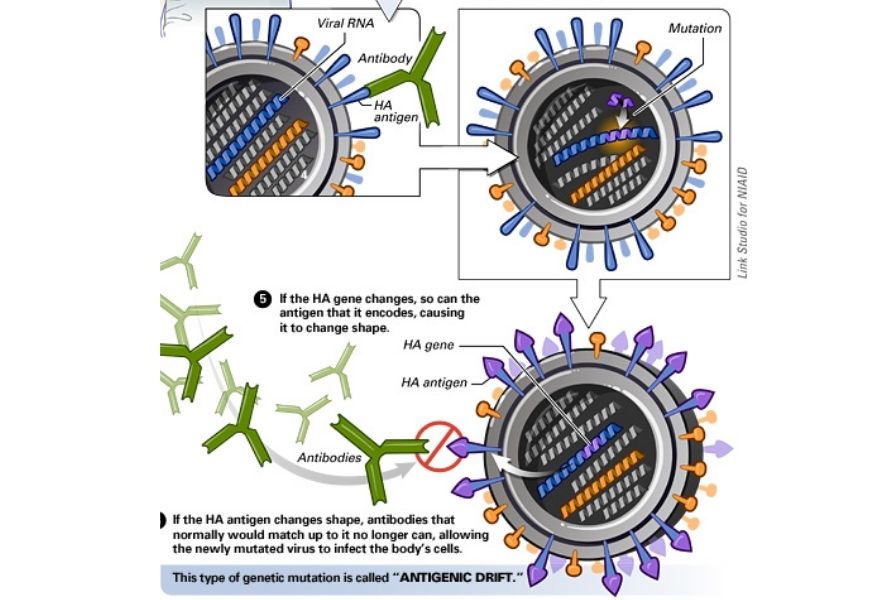 Oak mildew is an example of a fungal infection that results in powdery blotches and produces a range of effects on the plant.

This includes inhibition of photosynthesis and chlorophyll production (chlorosis), blocking of stomata and wilting.

The lack of genetic diversity in crop plants make the entire crop susceptible to a single pathogen.

This in turn affects agriculture by reducing crop yield and causing major economic loss in the agricultural industry.

Animal diseases spread quickly through livestock as intensive farming keeps many animals together in a small space.

An example includes mad cow disease which is caused by prions that damage the cow’s central nervous system.

This disease can spread amongst animals and on to humans through consumption of infected meat.

Once the disease is detected, all potentially infected cows must be destroyed to prevent further spread.

This affects the agricultural industry by causing major economic loss and often results in banning of livestock exportation from affected regions.

During your class, you will look at various examples of plant and animal diseases, infection mechanisms and responses to infections.

Plants only have an innate immune response to protect themselves from pathogens.

An example is the hypersensitive response which detects pathogens and kills the infected cells through apoptosis.

Physical defences such as trichomes protect the plant from predation by insects or large herbivores.

Trichomes are spines found on plants such as the Gympie Gympie Tree of Queensland.

Leaf dropping is another mechanism to eliminate the pathogen.

Leaf dropping is carried out in three steps:

Plants can produce specific defensive chemicals such as caffeine which is toxic to fungi and insects.

If a pathogen defeats the plant’s physical defences and enters the cell, it can be detected by Pattern Recognition Receptors (PRR).

This triggers an immune response leading to thickening of the cell wall to prevent further spread.

In the next topic we will look at how animal cells undergo physical and chemical changes in response to pathogens.

In animals, exposure to a pathogen triggers an immune response which leads to physical and chemical changes in the cells and tissues.

Animals have innate and adaptive immune responses that are divided into three lines of defence: 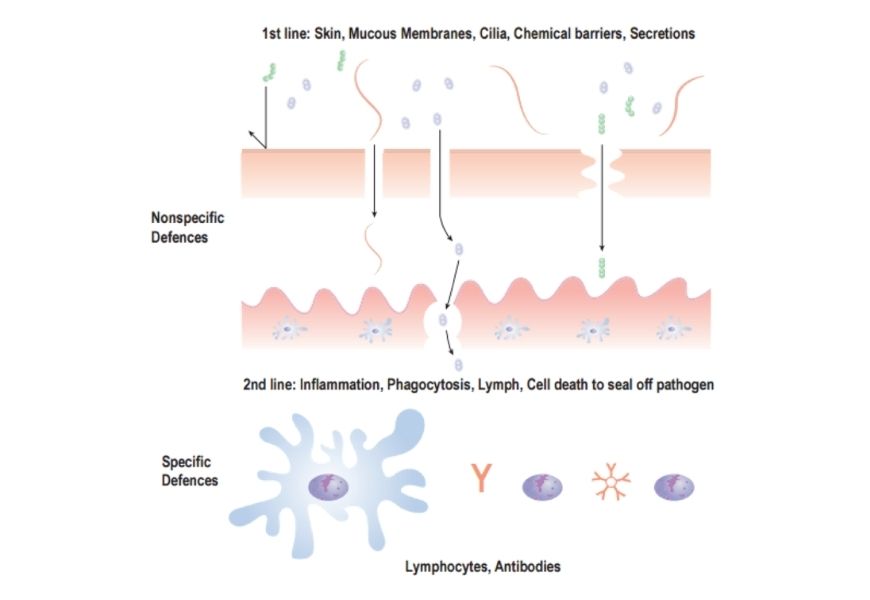 The table summarises the physical and chemical barriers that prevent pathogen entry into the body.

The third line of defence is an adaptive response that is specific to the pathogen encountered.

It is composed of white blood cells called B-cells and T-cells.

B-cells mature in the bone marrow and can become plasma cells that produce specific antibodies that inactivate a pathogen.

Some B-cells become memory B-cells that remain in the body for a long period of time and will respond quickly if the same pathogen is encountered again.

The process of creating memory B-cells during the initial antigen encounter and using these cells to create a more rapid response upon subsequent encounter is called the Primary and Secondary Response respectively.

These responses depict acquired immunity against the pathogen. 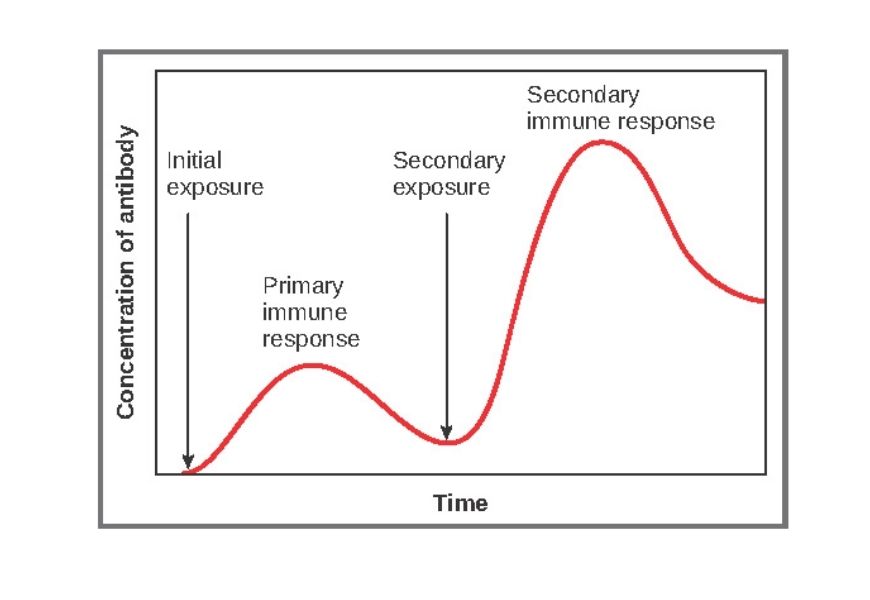 T-cells mature in the thymus gland and carry out cell-mediated responses against pathogens that have infected the body cells.

There are four different types of T-cell: An epidemic is an outbreak that affects many people in a given region, whereas a pandemic is a more global outbreak across different countries or continents.

New diseases are more likely to become epidemics or pandemics, with the majority of new diseases in humans originating from animals.

Malaria has been both an epidemic and pandemic disease which is caused by Plasmodium protozoa that are transmitted into secondary hosts (humans) through the bite of a female mosquito vector.

Disease spread is examined through collecting incidence and prevalence data. Incidence refers to new cases while prevalence is the proportion of a population with a disease during a certain time.

In order to reduce incidence and prevalence of Malaria, prevention and control methods target the mosquito vector due to their role in disease transmission.

These methods have been successful for eradication of malaria in many countries (shown below).

During your class you will interpret given data to calculate incidence and prevalence rates. 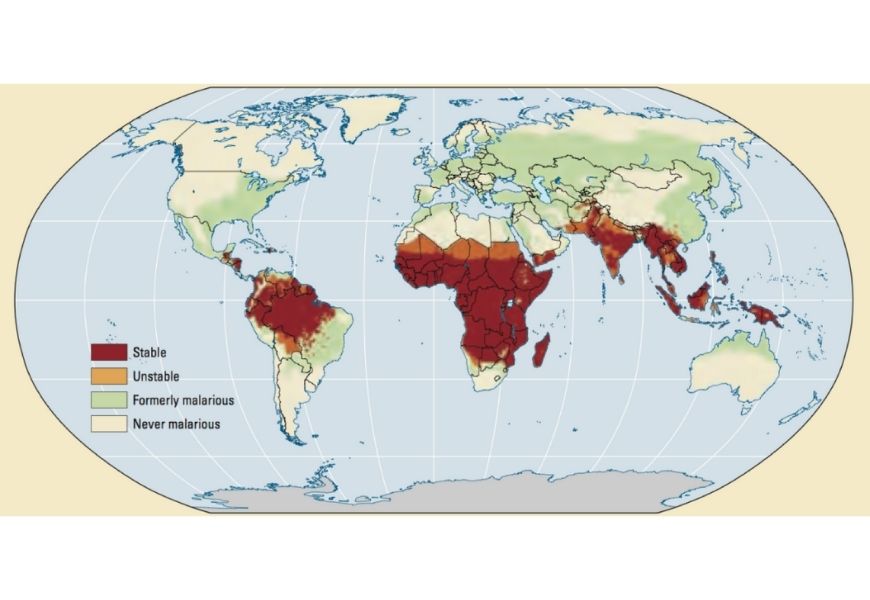 General procedures can be employed to reduce disease spread, including:

Vaccinations continue to be crucial.

Herd immunity can be achieved by vaccinating the majority of the population to protect vulnerable individuals such as the elderly. 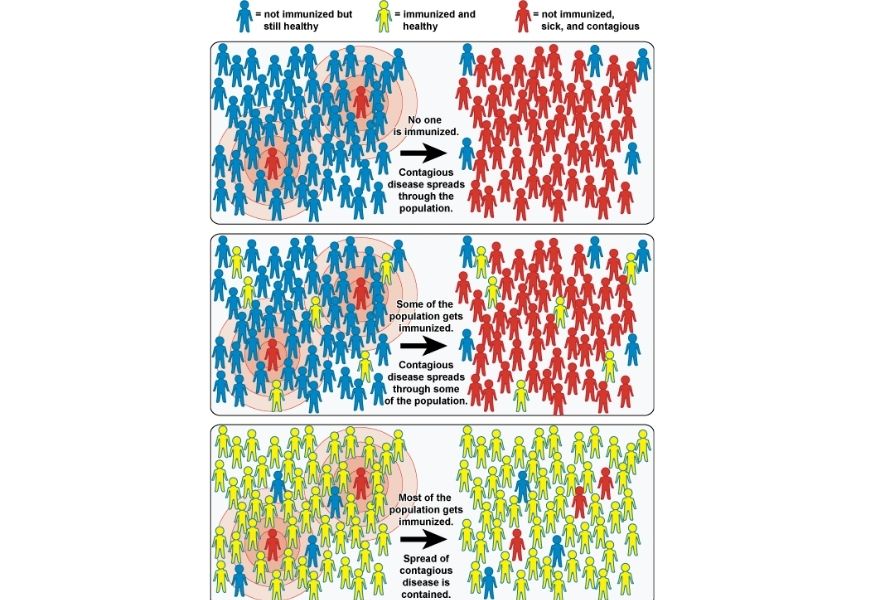 Antibiotics and Antivirals can be used as treatment for the control of infectious diseases.

However, antibiotic resistance due to misuse is a growing problem that reduces effectiveness. Antivirals work on viruses by blocking their action at various points during infection, including:

Antivirals cannot cure the disease but only reduce duration of the illness by assisting the immune system to fight against the virus.

Tamiflu is an antiviral that can shorten influenza symptoms by one to two days if taken within 48 hours of disease onset.

As a preventative measure it can also decrease likelihood of sickness by 55%. Similar to antibiotics, antiviral resistance is a growing problem due to mutations. 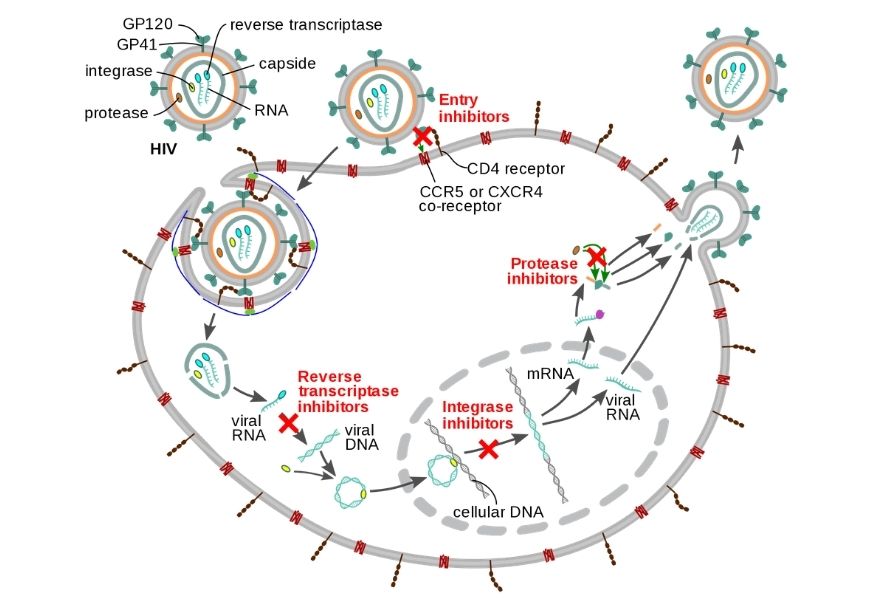 Get ahead in Biology with us! Our expert HSC teachers will break down the module’s content to ensure that you understand everything and provide you with plenty of practice questions to level up your skills. Learn more now!