How to Write a Scientific Report | Step-by-Step Guide

Got to document an experiment but don't know how? In this post, we'll guide you step-by-step through how to write a scientific report and provide you with an example.

How to write a scientific report:

What is a scientific report?

A scientific report documents all aspects of an experimental investigation. This includes: 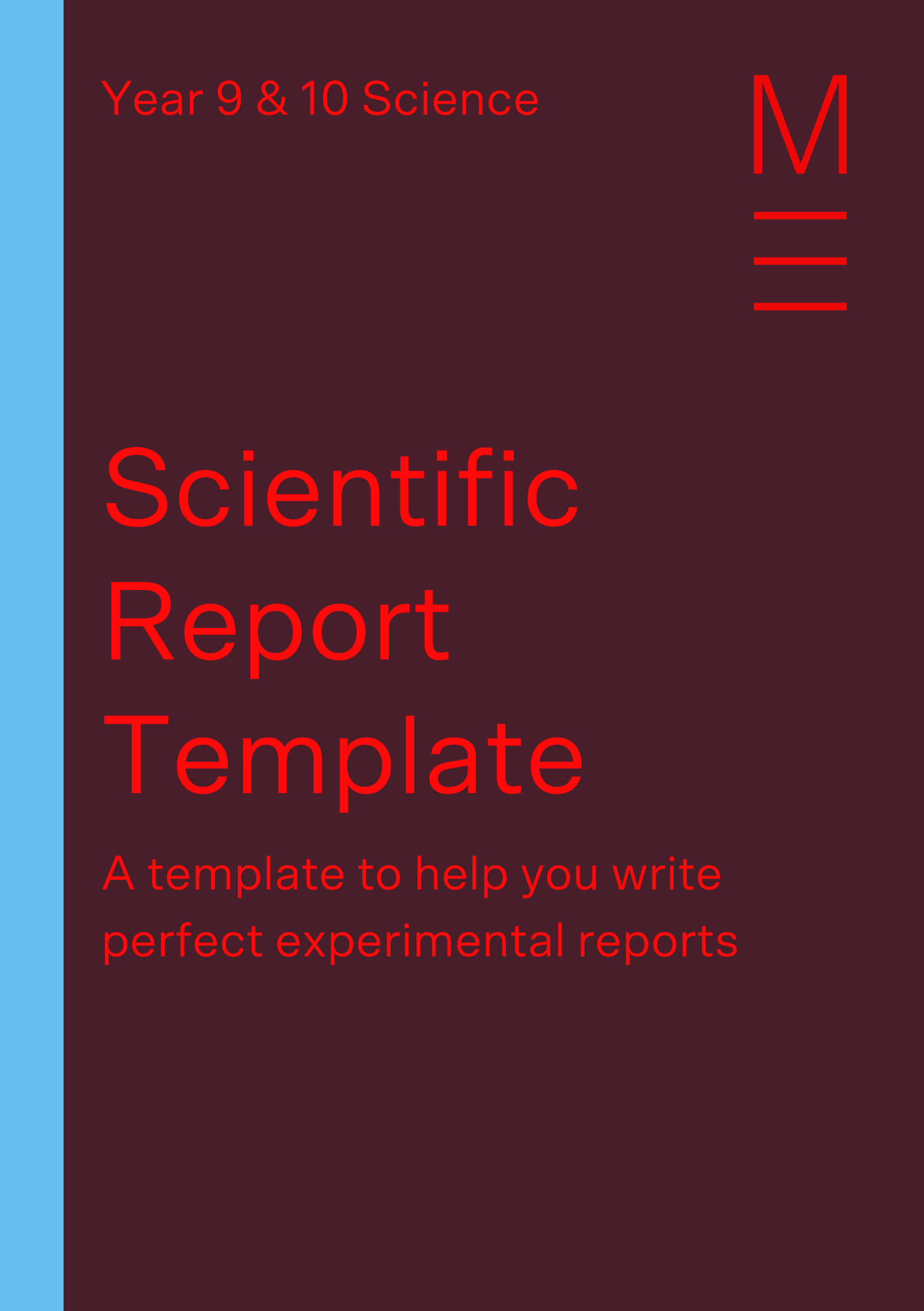 A template to teach you to write perfect science reports

Your template is on the way! Check your email for the downloadable link. (Please allow a few minutes for your download to land in your inbox)

But, before we delve deeper into how to write a scientific report, we need to have a science experiment to write about! Read our 7 Simple Experiments You Can Do At Home article and see which one you want to do.

Learning how to write a scientific report is different from writing English essays or speeches!

You have to use:

Now that you know the general rules on how to write scientific reports, let’s look at the conventions for their structure!

The title should simply introduce what your experiment is about.

The Role of Light in Photosynthesis

Write a paragraph that gives your readers background information to understand your experiment.

This includes explaining scientific theories, processes and other related knowledge.

Photosynthesis is a vital process for life. It occurs when plants intake carbon dioxide, water, and light, and results in the production of glucose and water. The light required for photosynthesis is absorbed by chlorophyll, the green pigment of plants, which is contained in the chloroplasts.

The glucose produced through photosynthesis is stored as starch, which is used as an energy source for the plant and its consumers.

The presence of starch in the leaves of a plant indicates that photosynthesis has occurred.

The aim identifies what is going to be tested in the experiment. This should be short, concise and clear.

The aim of the experiment is to test whether light is required for photosynthesis to occur.

The hypothesis is a prediction of the outcome of the experiment. You have to use background information to make an educated prediction.

Identify the hazards associated with the experiment and provide a method to prevent or minimise the risks. A hazard is something that can cause harm, and the risk is the likelihood that harm will occur from the hazard.

A table is an excellent way to present your risk assessment.

Remember, you have to specify the type of harm that can occur because of the hazard. It is not enough to simply identify the hazard.

The method has 3 parts:

Let’s break down what you need to do for each section.

This must list every piece of equipment and material you used in the experiment.

Remember, you need to also specify the amount of each material you used.

The rule of thumb is that you should write the method in a clear way so that readers are able to repeat the experiment and get similar results.

Using a numbered list for the steps of your experimental procedure is much clearer than writing a whole paragraph of text.  The steps should:

You also need to use past tense and passive voice when you are writing your method. Scientific reports are supposed to show the readers what you did in the experiment, not what you will do. 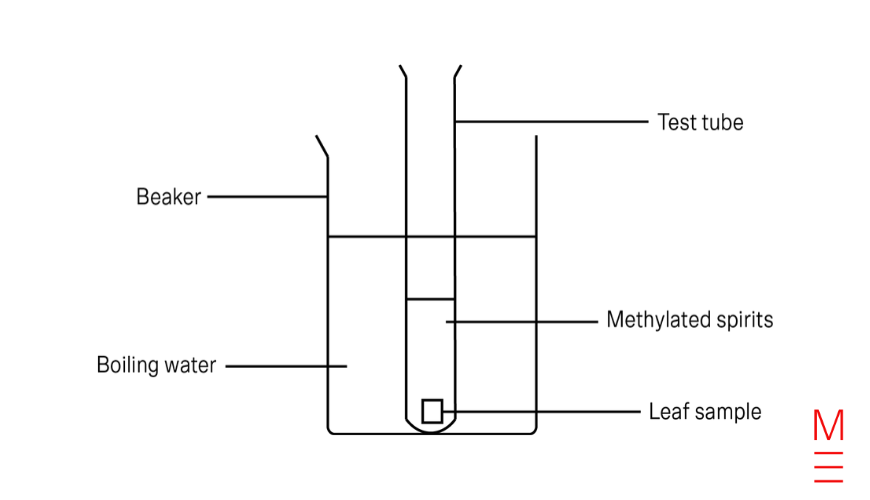 This is where you document the results of your experiment. The data that you record for your experiment will generally be qualitative and/or quantitative.

Qualitative data is data that relates to qualities and is based on observations (qualitative – quality). This type of data is descriptive and is recorded in words. For example, the colour changed from green to orange, or the liquid became hot.

Quantitative data refers to numerical data (quantitative – quantity). This type of data is recorded using numbers and is either measured or counted. For example, the plant grew 5.2 cm, or there were 5 frogs.

You also need to record your results in an appropriate way. Most of the time, a table is the best way to do this.

Here are some rules to using tables

Note: If your results require calculations, clearly write each step.

Observations of the effects of light on the amount of starch in plant leaves.

If quantitative data was recorded, the data is often also plotted on a graph.

The discussion is where you analyse and interpret your results, and identify any experimental errors or possible areas of improvements.

You should divide your discussion as follows.

1. Trend in the results

Describe the ‘trend’ in your results. That is, the relationship you observed between your independent and dependent variables.

The independent variable is the variable that you are changing in the experiment. In this experiment, it is the amount of light that the leaves are exposed to.

The dependent variable is the variable that you are measuring in the experiment, In this experiment, it is the presence of starch in the leaves.

Explain how a particular result is achieved by referring to scientific knowledge, theories and any other scientific resources you find.2. Scientific explanation:

Provide an explanation of the results using scientific knowledge, theories and any other scientific resources you find.

Validity refers to whether or not your results are valid. This can be done by examining your variables.

Identify the independent, dependent, controlled variables and the control experiment (if you have one).

The controlled variables are the variables that you keep the same across all tests e.g. the size of the leaf sample.

The control experiment is where you don’t apply an independent variable. It is untouched for the whole experiment.

Ensure that you never change more than one variable at a time!

Identify how you ensured the reliability of the results.

The reliability of the results was ensured by repeating the experiment 5 times and comparing results with other groups. Since other groups obtained comparable results, the results are reliable.

Accuracy should be discussed if your results are in the form of quantitative data, and there is an accepted value for the result.

Accuracy would not be discussed for our example photosynthesis experiment as qualitative data was collected, however it would if we were measuring gravity using a pendulum:

The measured value of gravity was 9.8 m/s2, which is in agreement with the accepted value of 9.8 m/s2.

Identify any errors or risks found in the experiment and provide a method to improve it.

If there are none, then suggest new ways to improve the experimental design, and/or minimise error and risks.

Possible improvements could be made by including control experiments. For example, testing whether the iodine solution turns dark purple when added to water or methylated spirits. This would help to ensure that the purple colour observed in the experiments is due to the presence of starch in the leaves rather than impurities.

State whether the aim was achieved, and if your hypothesis was supported.

Learn everything you need to know about Science

Gain the skills and confidence to rank higher!

Learn everything you need to know for Year 10 Science 1 term ahead with the subject matter experts. 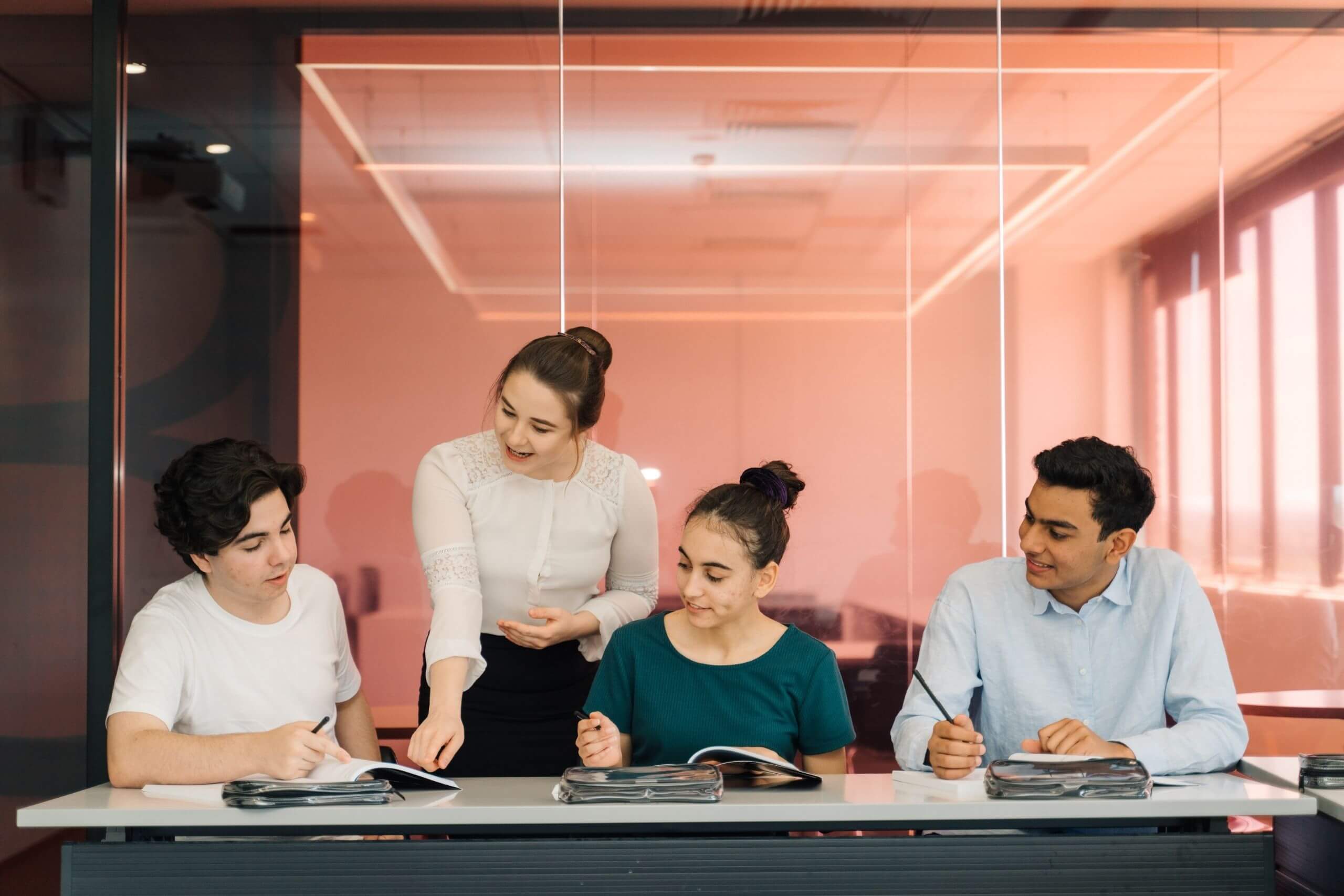 7 Simple Science Experiments You Can Do At Home!

The Ultimate ‘Taming of the Shrew’ Overview | Skills Understanding Shakespeare