Want to ace Year 7 & 8 English? Then you need to know what mistakes not to make. 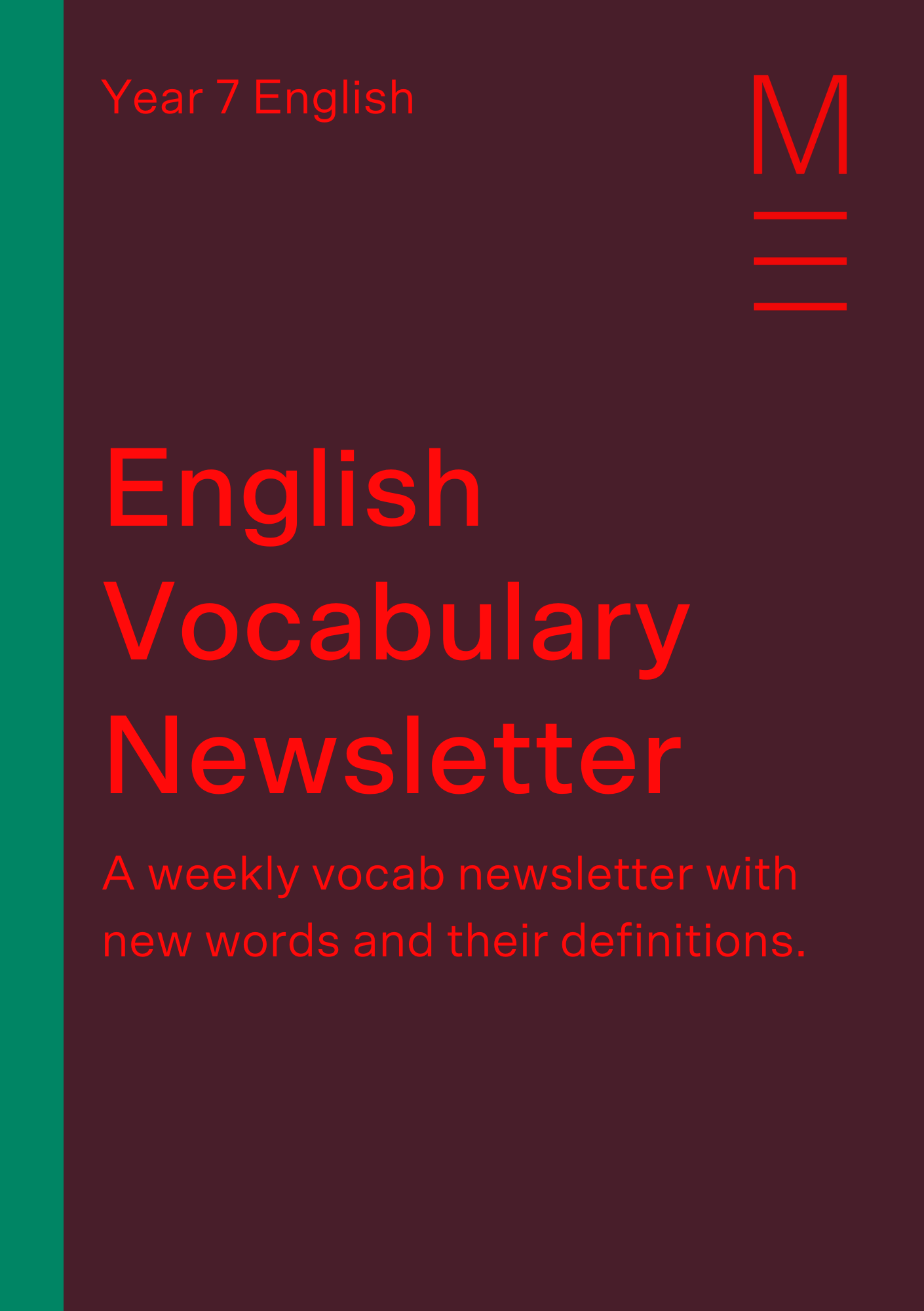 What are the common writing mistakes Year 7 & 8 students make?

At Matrix, we teach students that producing brilliant English responses comes with practice and following a process. But over the last 19 Years, we’ve also learned that students need to know what not to do. So in this article, we’re going to discuss the common writing mistakes Year 7 & 8 students make.

So, let’s take a look at the writing skills required by students in Years 7 & 8 for each of these text types.

What’s in this article?

In this article, we’ll discuss the common issues that students have when writing.

We’re going to look at:

What Syllabus Outcomes does this article address?

This article is relevant to all of the Syllabus Outcomes for Stage 4. The complete list of Outcomes can be found in the Overview of this Guide or on the NESA website.

Once we show them the right way to go about writing, their marks improve quickly and significantly.

Students often struggle with grammar. This is nothing to be ashamed of. But grammatical mistakes are the easiest way to throw away marks.

Many students haven’t been taught parts of speech or the difference between a correct or incorrect sentence.

There are many many rules of grammar for English. Knowing them all isn’t necessary. But there are some essential rules that you shouldn’t break if you want your readers to understand your ideas and arguments.

Here are some key rules that you should adhere to where possible.:

Do you get frustrated when you’re told a sentence isn’t a sentence? Don’t worry you’re not alone. It’s pretty common. And most students don’t actually realise why they’re not grammatical sentences. The most common cause of a fragment is because the sentence is missing a subject or a verb.

In sentences, it is important that you get the right pluralisation of the noun. Irregular nouns, those that don’t follow the common convention of adding -s or -es to a word, often trip students up. It’s important that you know when to use which ending.

Ungrammatical example: Mark felt the teachers had the knifes out for him.

Correct example: Mark felt that the teachers had the knives out for him.

Do you know when to use an apostrophe? Many aren’t entirely sure, or mix them up.

Ungrammatical example: The students essay was sent off for marking.

Corrected example: The student’s essay was sent off for marking.

Ungrammatical example: The students essays were sent off for marking.

Corrected example: The students’ essays were sent off for marking.

There are many different rules governing commas. The most common error students have is using unnecessary commas . That is placing commas incorrectly in complex sentences.

Ungrammatical sentence: I enjoy writing essays, first I must plan them.

Corrected sentence:  I enjoy writing essays, but first I must plan them.

Corrected sentence: I enjoy writing essays but first I must plan them.

Other comma related errors include:

Sometimes students oversimplify things and don’t make compound sentences when they need to connect to ideas into one sentence.

Example: I wrote an essay. The task required a short story.

Corrected example: I wrote an essay, but the task required a short story.

Using the correct tense and perspective

It’s important that students use the correct tense and perspective when writing.

Often students treat books or texts as if they exist in the past and not the present.

Incorrect example: In Herman Melville’s novel Moby Dick, he wrote about a man who chased a whale.

Correct example: In Herman Melville’s novel Moby Dick, he writes about a man who chases a whale.

Similarly, when students write they often take the wrong perspective.

For the most part, whenever you are writing a non-fiction piece in high school, you will need to write from a third person perspective. This is to place a degree of objectivity between you and the reader. An essay is already clearly your perspective, so using first-person pronouns like I, me, mine, we, us, and our is tautological – we’re saying the same thing twice.

Instead of using a pronoun, put the subject of the sentence first and speak more broadly of audience responses.

The exceptions to these rules occur when you are:

Students often don’t write directly. They talk around the subject that they are discussing and get to the point at the end of a paragraph, rather than starting with it.

Students mean well when they do this, they want to develop tension and reveal their genius to the marker in the final sentences. Unfortunately, essays and other non-fiction forms aren’t mystery novels.

Readers need to know what they are talking about straight away.

You must make sure that you are clearly leading with what your subject or ideas are in each sentence and paragraph.

If you want to persuade a reader, it is important that they know what they are being persuaded about so they can weigh up the argument.

If you make your argument without clarifying what it is actually about, you will just confuse your reader.

We normally write in active sentences where we use the following order:

To understand, let’s look at an active sentence:

The girl wrote the novel.

The passive version of the sentence is:

The novel was written by the girl.

In this sentence, “The novel” is the subject. Rather than a simple verb, we have an auxiliary verb and the past participle of the verb wrote “was written”. Then, rather than just the object, we have a preposition “by” preceding the object “the girl.”

But this is confusing as the girl is really the subject of the sentence as she wrote the novel.

You need to be active and direct when writing for an audience. You should do the hard work for them.

We discuss this in greater detail in our section on grammar.

This happens because students often get carried away when they learn new words.

It’s always exciting when you learn a new and complex word. We want to show off our new found knowledge. But that’s not always going to help an essay hit the spot.

It’s easy to forget that its writing clearly – with the right words – and not writing with the most complex words that gets the marks.

You should always put readability first, not your knowledge of obscure words and jargon.

Let’s look at an example:

This sounds intellectual and academic, but it isn’t really. Instead, it over-complicates something that should be simple. The reader has to do too much work to understand this.

Let’s look at a better sentence saying the same thing.

You’ll see that this last example is clear and accessible. It is readily apparent what is being discussed. There is no unnecessarily complex jargon or flowery language.

An important part of writing effectively is having a comprehensive vocabulary.

The same word can have different connotations, senses, and meanings. This means that knowing the exact definitions of words is as important, if not more so, than having an extensive vocabulary. Really, you want both!

Using a word out of context or in the wrong sense can make things very difficult to understand.

When students are transitioning to the first years of high school, their vocabulary grows but their knowledge of definitions sometimes takes a while to catch up.

In this example, the verb “infer” has been confused with “imply.” The correct sentence should read:

There are many many more. If you want to make sure that you’re using the correct word for the correct situation, look it up.

Don’t be afraid to check what you think a word means against what it does mean.

Students often don’t develop their ideas. A paragraph must be more than a couple of sentences that introduce an idea, an example, and an explanation. You need to develop and explore these ideas in more detail.

It is important to remember that T.E.E. is scaffold for producing paragraphs and not the bare minimum for a response.

Rather than cramming these things into one or two sentences, you should really be developing them further by asking yourself some critical thinking questions as you go:

Asking yourself these questions will increase your insights into the text and how you have come to the conclusions that you have.

This information is actually quite important for your argument. When you are constructing an argument to persuade people of something or to show your steps of logic.

It is always more persuasive if you explain succinctly how you arrived at your understanding so others can follow in your footsteps.

For each of the questions above, you need to add more information to your response so your readers can follow your argument in detail!

Transitions connect your ideas together.

Students in Years 7 and 8 have great ideas and arguments about a specific idea or thing, but they often struggle to connect them to other parts of a response to develop a sustained response.

A sustained response where is a central argument (thesis) is made consistently through a response and every idea, statement, and piece of evidence that is introduced is connected back to this central argument.

When you write a response, you should make sure that every piece of evidence that you present and the explanations that go with them.

You need to ensure that you consistently transition to the central idea. You should use transition words and phrases to create these links.

What are transition words and phrases?

Transition words and phrases connect different sentences together by signalling that they share a central idea or that the writer is moving from one idea to another.

When you use a transition word or phrase, you are trying to signal a relationship between different ideas.

Transition words and phrases come in four different categories depending on what they are doing:

There are many many transition words and phrases. Below is a table of the most common divided by purpose derived from Professor Gregory Campbell and Prof. Michael Buckoff’s extensive list at MSU .

Now we’ve looked at the mistakes students make, you need to practice not making them! It is important that you take the time to reread your work and look out for these common mistakes. The more you start picking them up after you’ve written, the less you will make them as you write!

How good are your creative writing skills?

Creative writing is a craft that’s learned. You’re not born with it.

In our next article, we’re going to share with you the secrets of writing an amazing creative!