Understanding rates and ratios are crucial real-world skills. To help you get across them for you HSC, we've put together this introductory guide with concept check questions!

Worried about the ratio of your marks to your effort? Well in this article, we’re going to take a load off you and give you an introduction to Maths Standard 2 rates and ratios.

Practise your rates and ratios skills! 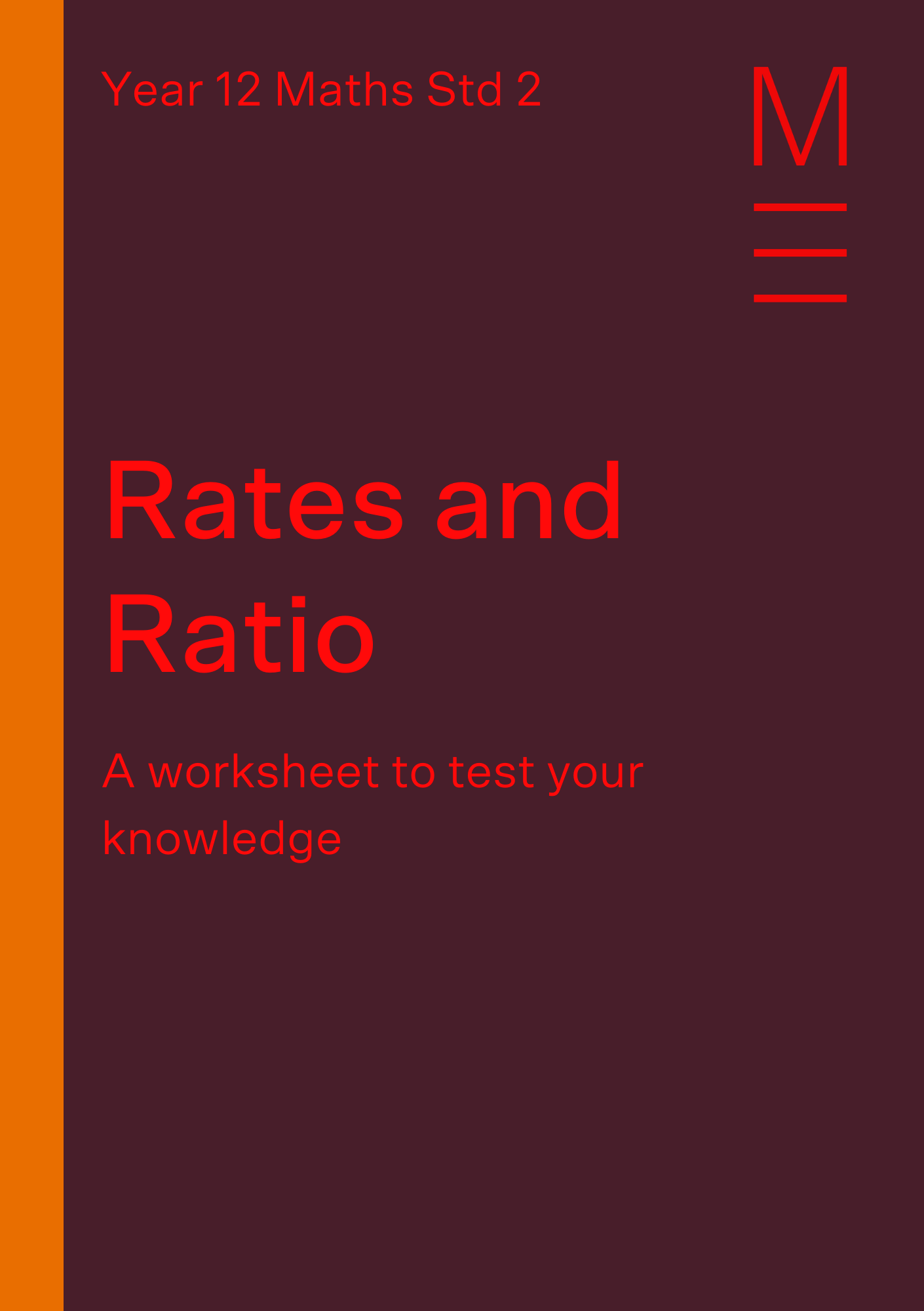 This worksheet has 4 levels of difficulty to assess your mathematical knowledge and skills.

Measurement is the application of numbers and geometry, and applying it in practical situations to solve problems.

Measurement includes ratios, where interpretation of maps and plans are needed to effectively know their size.

Rates are a ratio which the two quantities are measured in different units. Rates you may have seen before include speed (km/h or m/s) when driving, or hourly wage ($/hour).

NESA requires students to be proficient in the following outcomes:

Students should also be able to calculate quantities from a given ratio.

A ratio is defined as: “a quotient or proportion of two numbers, magnitudes or algebraic expression.” It is assumed that students know the standard SI prefixes (milli, kilo, giga etc.) and how to convert to between these different units of measurements.

A ratio is used to compare amounts of the same unit in a set proportion.

Write the following ratios in the simplest form.

Ratios can be simplified by changing the units of one side to match the other.

It is generally easier to match the smaller unit.

Write the following ratios in the simplest form by making the units the same on both sides.

Dividing a Quantity in a Given Ratio

Ratio quantities can be solved by dividing the quantity in a given ratio.

Steps in dividing a quantity in a given ratio

A scale drawing is a drawing which represents the actual object. The scale factor is the ratio of the drawing to the actual size of the object.

Maps are a common example of a scaled drawing.

A scale drawing has the scale \( 1:200 \). What is the actual length of the object given its drawing lengths? Express answers in metres.

A scale drawing has the scale \(1:200 \). What is the drawing length of the object given its actual lengths? Express answers in millimetres.

Converting Between Units of Rates

We do this by converting to unit rate, which is where the rates are expressed with quantity one.

For example, when given a price, the unit price is calculated

Unit Price: Price per one unit of measurement (e.g. per kg, m)

Power is the rate at which energy is generate or consumed. Watt \( (W) \)  is the derived unit of power and is equal to one joule per second.

The standard \(  SI \) prefixes (milli, kilo, giga etc.) can be used to change the unit of measurement.

The lower the \( kWh \) , the less an appliance uses in a year. By multiplying this by the price per \( kW \), the running cost of appliances can be calculated and compared.

2. Which is slower/cheaper? Support your answer with mathematical reasoning.

Using the above information, answer the following questions.

a) Which appliance has the lowest running cost in a week?

b) Which appliance has the highest running cost in a week?

c) What is the total running cost of all the appliances in a week?

2. The solution for question 2 is as follows:

Hence, the Olympic is slower.

Get ahead of your peers with Matrix+ Online class. Our HSC expert teachers will help you break down al Maths concepts and provide you with plenty of practice with out comprehensive resources. Learn more now.