How to Write a T.E.E. Statement

Struggling with critical responses now you are in high school? You're not alone! In this post, we'll show you, step-by-step, how to write a T.E.E. Statement.

In high school, we express our understanding of texts using evidence from the texts to back up our ideas. Think of this like proving your point in an argument – you need to back up what you’re saying with proof! This requires you to justify your responses using examples directly from the texts to explain your point. The Matrix Method to support this textual analysis is the T.E.E. statement.

What is a T.E.E. statement?

T.E.E. is an acronym for Technique, Example, and Effect. T.E.E statements demonstrate our understanding of a text to others.

When we write in a T.E.E. structure, we analyse the text and try to understand how a composer (author, filmmaker, poet, artist) has used a technique in their text to create meaning.

Not this kind of tee

When we write a written response, we are often trying to persuade our readers of something. But it’s difficult to persuade somebody of something if you don’t present them with evidence.

T.E.E. statements are structured to include that persuasive material:

Presenting arguments in this way makes them harder to refute and, thus, more persuasive. Because of this, T.E.E. statements are fundamental parts of argumentation for English in High School.

So, it is important that you know how to write them, and write them well.

How to write a T.E.E. statement step-by-step

This process can be broken down into four steps:

Let’s take a look at each one of these in detail so you can learn how to write excellent responses.

Whenever you need to write a response, you will have some theme or idea from the text you need to discuss.

As you are reading, viewing, or listening to a text, you need to take note of examples that stand out to you as reflecting this idea or theme. This requires a thorough understanding of your text and its themes.

A good tip is to find examples that support or challenge these themes as you read. Then jot them down to refer back to later.

As an example, let’s take a look at an extract from the novel Harry Potter and the Sorcerer’s Stone by J.K. Rowling. One of the key ideas in the novel is what constitutes bravery or courage.  So, we’ll look at a passage that explores this idea.

In this scene, Harry is introduced to the Sorting Hat:

“Then the hat twitched. A rip near the brim opened wide like a mouth – and the hat began to sing:

“Oh, you may not think I’m pretty,
But don’t judge on what you see,
I’ll eat myself if you can find
A smarter hat than me.
You can keep your bowlers black,
Your top hats sleek and tall,
For I’m the Hogwarts Sorting Hat
And I can cap them all.
There’s nothing hidden in your head
The Sorting Hat can’t see,
So try me on and I will tell you
Where you ought to be.
You might belong in Gryffindor,
Where dwell the brave at heart,
Their daring, nerve, and chivalry
Set Gryffindors apart…”

Now, this is a pretty big quotation. In your responses, you can’t easily write such a long passage. Instead, you want to focus on the lines that really convey the idea you need to discuss.

Remember, courage is a central theme in this book. You’ll notice that we’ve italicised the final quatrain (a group of four lines in a poem):

You might belong in Gryffindor,
Where dwell the brave at heart,
Their daring, nerve, and chivalry
Set Gryffindors apart

We’ve selected this because it defines the courageous qualities of Gryffindor members.

Now, when you present your quotation, you don’t want to just drop it into your response. No, you need to introduce it and give your readers some context about what they are reading.

This is how you would do that:

In J.K Rowling’s Harry Potter and the Sorcerer’s Stone, when Harry is introduced to the sorting hat the hat sings to him that “You might belong in Gryffindor, Where dwell the brave at heart, Their daring, nerve, and chivalry Set Gryffindors apart.” 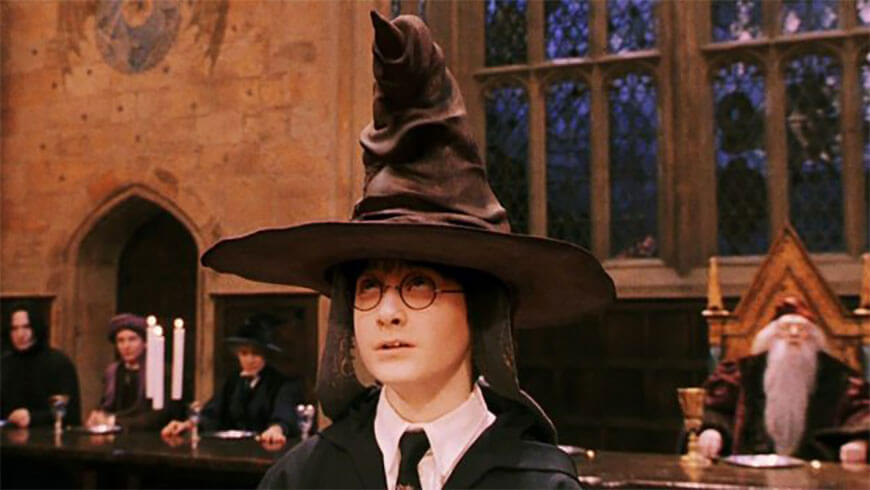 Now we’ve got the example, we need to identify any techniques in it and understanding how they are creating meaning.

Let’s see how to do that.

Now, it is important to remember that there is a range of techniques and that these vary depending on your text type. A movie, for example, would have different techniques to a poem or a novel.

In literature, there are many different types of techniques that can be used to create meaning.

For the most part, these are figurative or rhetorical devices.

Identifying techniques can be difficult if you’re not familiar with the techniques that are out there, so check out our English Techniques Toolkit if you’re stuck.

In the Harry Potter quotation we are looking at, J.K. Rowling has used a variety of techniques. These include: 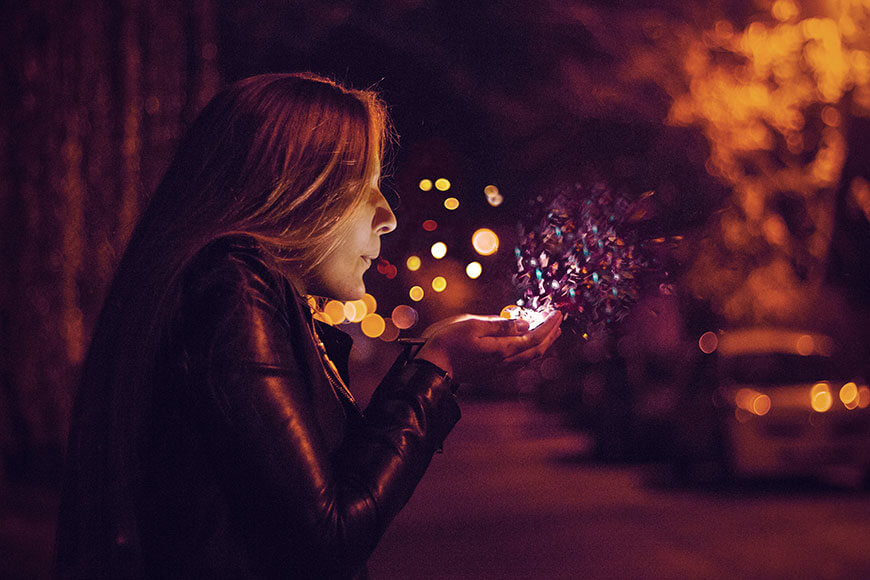 The “effect” is defined by the Macquarie Dictionary as “the result intended”. Or in other words, the meaning the composer was trying to generate.

In our case, we need to understand what the composer has attempted to achieve by using that technique in that example.

To do this, we need to ask some questions:

So what are the effects of the techniques in this quote?

Well, we can say that it:

Of these, only the first one is really useful for developing an argument (but this doesn’t mean that we can’t mention the other techniques!). So we’d write:

Step 4: Put it all together!

Now we’ve got all the different bits, we’re in a position to put it all together.

Here is an example of a full T.E.E. statement:

In J.K. Rowlings Harry Potter and the Sorcerer’s Stone, the Sorting Hat’s incantation foreshadows Harry’s selection into Gryffindor. When the hat sings that wearers “might belong in Gryffindor, Where dwell the brave at heart, Their daring, nerve, and chivalry Set Gryffindors apart” it is signalling that Harry belongs there because he shares those qualities.

Now, the great thing about T.E.E. statements is that they’re flexible. You don’t always need to write them in the order of Technique, Example, and Effect. T.E.E. is just an easy way to remember things because it has euphony (it sounds good).

So, you could also write that:

In Harry Potter and the Sorcerer’s Stone, J.K. Rowling characterises Harry as a brave, honest and chivalrous person. This is seen when Harry is introduced to the sorting hat, and the hat sings, “You might belong in Gryffindor, Where dwell the brave at heart, Their daring, nerve, and chivalry Set Gryffindors apart…”. The incantation FORESHADOWS Harry’s placement in Gryffindor as Gryffindor represents Harry’s brave and chivalrous character.

In this statement, we have used an EXAMPLE, identified the TECHNIQUE and explained the EFFECT, which is more like E.T.E. but does the same thing.

Now you know how to use the simple T.E.E. formula to respond to analytical questions relating to your text. It might not be magic like the Sorting Hat, but it will help you get magical marks. So, make sure you use T.E.E. every time you need to support an argument.

Get on top of English, before it gets on top of you with our Year 7 English Term Course! Click here to learn more!

How Parents Can Limit Study Distractions